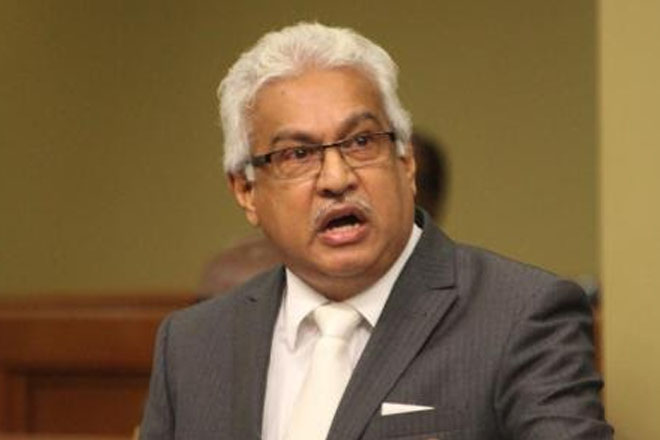 Port of Spain, Trinidad — After enjoying months of blatantly biased coverage in its favour from two of Trinidad and Tobago’s major media groups in the run up to September 7 general elections, the opposition People’s National Movement (PNM) is now complaining about the relationship between journalists and politicians.

On Saturday, PNM Member of Parliament Terrence Deyalsingh said, “Journalists must have a very distant relationship with the politics of the day to maintain objectivity.”

However, such a distant relationship has been conspicuous by its absence from the pages of the Trinidad Express in particular, which has routinely published numerous stories critical of the current government without any apparent fact checking and frequently relying on and repeating unsubstantiated allegations by corruption-accused Jack Warner.

In fact, a combination of false statements by disgraced former FIFA vice president Warner and blind acceptance on the part of a Trinidad journalist that what Warner had said was true recently resulted in the issue of a letter before action to the head of news at local television station CCN TV6, also part of the Caribbean Communications Network Ltd (CCN), publishers of the Trinidad Express newspaper.

Prompted by Friday’s allegations of sexual harassment against opposition leader Dr Keith Rowley by a Trinidad Express journalist, Deyalsingh said, “I have a special word of advice for the media. I am putting it to you that media is supposed to report to you on social and political issues but when I look at news stories about Dr Keith Rowley, the media no longer carries the news; the media is now the news. I cannot agree with that in 2015.”

Until his remarks on Saturday, Deyalsingh nevertheless remained silent when local media had earlier become the news simply for their biased coverage in favour of the PNM, reportedly orchestrated by Trinidad Express columnist Sunity Maharaj, who is said to be a paid political consultant for the PNM working for both the Express and the Trinidad Guardian.

Even the local Media Association of Trinidad and Tobago (MATT) has been accused of hypocrisy and political bias.

According to Alexander, the association has not spoken out on an assertion by government minister Dr Roodal Moonilal that there is “structural bias” at the Trinidad Express newspaper, with eight anti-government columnists.

The association has also not commented on repeated revelations of inadequate research, biased editorials and commentaries, screening of letters to the editors and the sensationalising of unfounded allegations from opposition politicians.

Other questions relate to the role of the Trinidad Express and its staff in local politics, especially opposition interests, and the nature of prominent Barbados attorney Sir Fred Gollop’s interest or agenda in the politics of Trinidad and Tobago that he should allow the media group of which he is the chairman to defame and assault local politicians and media workers with untruths and fabricated stories.

Gollop is the chairman of ONE Caribbean Media Limited, the regional media organization under which Caribbean Communications Network and the Trinidad Express fall.