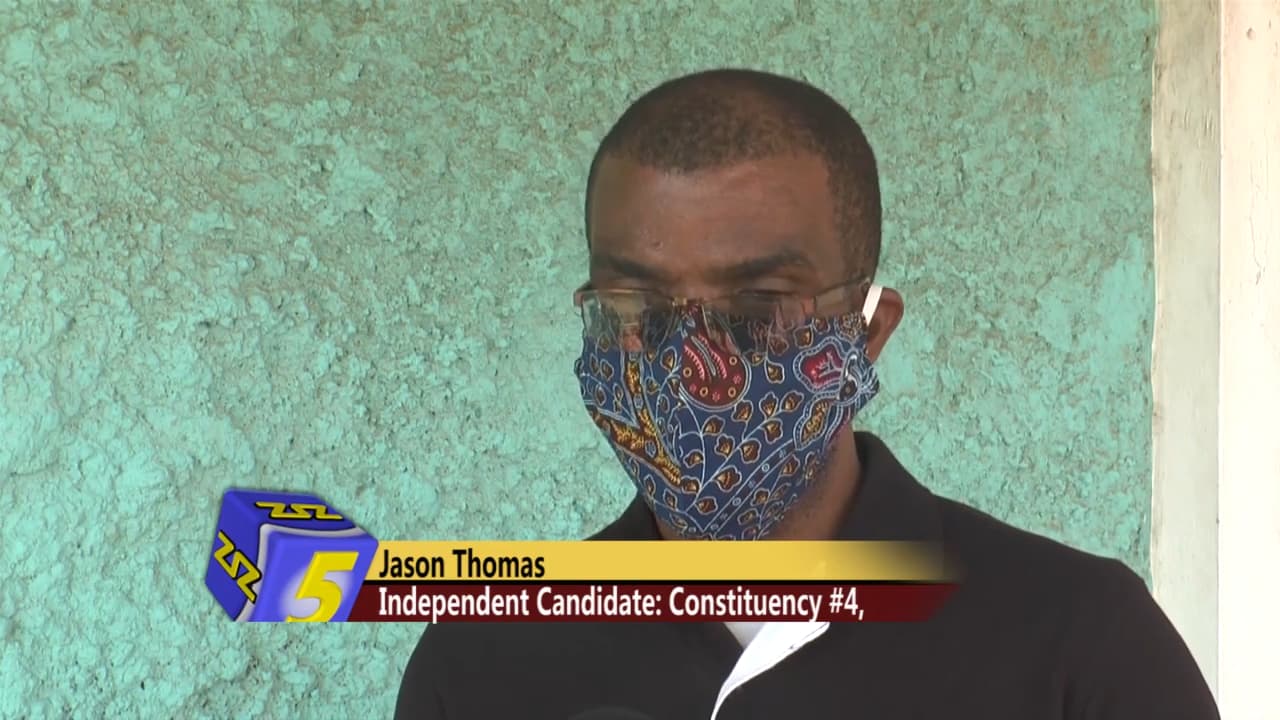 Basseterre, St. Kitts, June 3rd, 2020 (ZIZ News): The people of Constituency# 4 will have the unique opportunity of choosing from three nominated candidates for the area come election day on June 5th.

Along with the candidates for the Labour and Pam parties, first time candidate Jason Thomas has entered the political arena as an independent candidate for constituency #5.

Speaking with ZIZ News Thomas said his decision to become a candidate stemmed from his passion for politics and his desire to serve the people of Constituency #4.

“It has taken not much for me to have done this as over the past years I’ve always had a zeal into politics and when I looked at the political dimension or the way my people of number 4 have been treated over the past years, 20 years or more back, I had to make the firm decision to throw my hat in the ring.”

The independent candidate said while initially, his chosen symbol was the key, voters in constituency #4 should now look for the clock on election day.

“I was told…by the supervisor of elections that I could not use the symbol of a key that I have been campaigning on for the past three years. I just learned that the key is not part of the election parliamentary act so I have been forced to use the clock.”