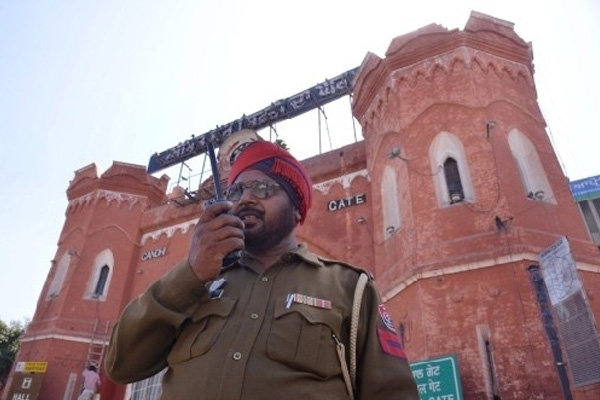 New Delhi, India (AFP) — Police in eastern Indian were left red-faced when a raid on a sex district discovered four of their own along with a convicted murderer whom they were supposed to be guarding, a report said Sunday.

The four constables had been tasked with transporting the murderer from a jail in the underdeveloped state of Jharkhand to hospital for a check-up, the Hindustan Times reported.

But the officers decided to make a 206-kilometre (128-mile) detour to visit the red-light area in the town of Asansol across the border in West Bengal state, the newspaper said.

West Bengal police rounded up the four as part of the raid although the murderer managed to escape – and then made his own way back to jail in Koderma city in Jharkhand, the paper said.

“We have ordered a probe and suspended the four policemen until further notice,” Jharkhand director general of police DK Pandey told the newspaper.

Jharkhand, one of India’s poorest states which is grappling with a Maoist insurgency, has seen several security lapses in recent years.

Thirteen prisoners escaped from custody in December in Jharkhand by throwing chilli powder at their guards. Police shot dead two more of the prisoners during the getaway, staged as they were being transported back to a jail.