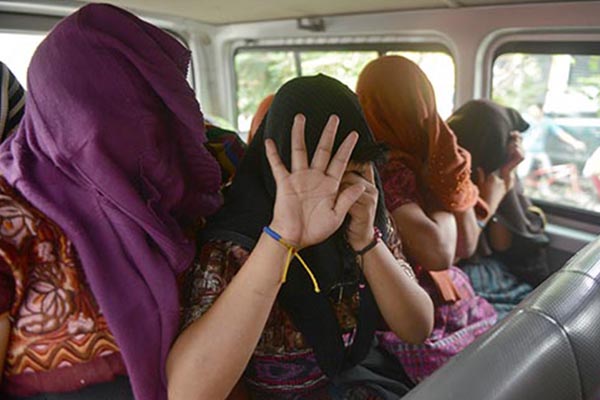 New Delhi, India (AFP) – India police have arrested the alleged kingpin of a trafficking racket who sold hundreds of poor tribal girls for domestic slavery in the country’s capital, an officer said Thursday.

Police accused Baba Bamdev of posing as a spiritual guru and social worker to trick the often illiterate girls into travelling to New Delhi in the hope of a better life.

Police were currently preparing charges against Bamdev who was in custody after his arrest in eastern Jharkhand on the weekend, said Aradhna Singh, officer in charge of the state’s anti-human trafficking unit.

“He used to run a fake non-profit group and pretended to be a saviour of poor and illiterate tribal girls,” Singh said.

“But in fact he is the kingpin of an organised inter-state human trafficking syndicate. He had been evading arrest for a long time but he’s finally in our net now.”

Police fear some of the girls were sexually assaulted before they were sold to placement agencies in Delhi often as maids for middle-class households, Singh told AFP.

Bamdev allegedly headed a 35-strong gang which supplied girls to some 250 placement agencies in Delhi, according to police.

Experts say sprawling cities such as Delhi are thriving hubs for human trafficking with thousands of girls sold into prostitution, domestic service and other labour every year.

Some are kidnapped from their villages and towns, while others are tricked into travelling with traffickers in the belief they can earn money for their families. They are then often held against their will or paid no or minimal wages.

Police officials regularly break up trafficking rackets but accept that they are at times overwhelmed by the scale of the crime.

A local non-governmental agency working with police on trafficking accused Bamdev of pretending to be a guru to win the confidence of tribal parents with daughters in impoverised Jharkhand.

“Bamdev (also) used to organise fairs every year on Christmas Eve in Delhi where he would show that he was working for the upliftment of tribal girls,” social activist Baidnath Kumar, who helped police with the arrest, told AFP.