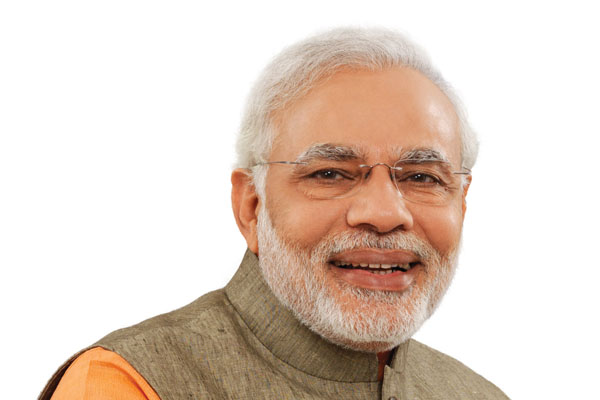 Georgetown, Guyana — Indian Prime Minister Narendra Modi will visit Guyana and Suriname early next year. Since Indira Gandhi’s visit to Guyana in 1968, to seek support against Pakistan, no other Indian prime minister has visited Guyana. And it will be the first ever visit to Suriname by an Indian leader.

Hindustanis make up large chunks of the populations in Guyana, Suriname and Trinidad and Tobago. They begin arriving as indentured workers in Guyana in 1838 and in Suriname in 1873, mainly from the northern Indian states of Uttar Pradesh and Bihar, and comprised about 80 percent Hindus and 20 percent Muslims.

Hindu leaders are troubled by the large conversion to Christianity of Hindus in Guyana and Trinidad in the past decades. Swami Aksharananda of Guyana wrote, “Conversion is very high. In fact, conversion in Guyana is defined as ‘conversion from Hinduism to Christianity,’ nothing else. The Muslims hardly ever convert. The Christians do not convert. It is only the Hindus who are coaxed into dispensing with their religion.”

The controversial Indian leader once visited Guyana while he was chief minister of Gujarat and is keen to make a statement that his government takes the Hindu Diaspora seriously. Modi has been lobbied heavily to visit and to expand ties with overseas Hindu communities.

Modi’s visit to Suriname was confirmed by President Desi Bouterse in his address to parliament last week. Bouterse will also make an official visit to India in 2015. The Surinamese president said that his government has budgeted for these events.

Modi is perceived as a polarizing political figure. Human rights groups have accused him of overlooking the bloody massacre and rape of Muslims in the state of Gujarat when he was governor in 2002. Over 2,000 Muslims were killed by political mobs.

According to human rights investigators, the Gujarat police turned a blind eye at the mayhem. It took days before they came to the aid of Muslims or tried to stop the killings. Modi, then chief minister, effectively blessed the massacre when he said he would control the “riots resulting from the natural and justified anger of the people.”

“Every action has an equal and opposite reaction,” Modi told reporters. (Christian Science March 4, 2002 and Hindustan Times, March 18, 2002).

Without a shred of evidence that a train was deliberately set on fire by Muslims, Modi blamed it on “Muslims.” He used the incident to stir communal tension. Modi ordered the corpses of the fire victims to be paraded in his capital Ahmadabad and declared his government’s support for a “bandh” (total shutdown), called for by his radical partners, the BJP and the Vishwa Hindu Parishad (VHP, the World Hindu Council), to “protest” the Godhra killings.

A later investigation by the Indian Railway Ministry concluded that the Godhra train fire had not been deliberately set and perhaps was caused by persons on the train cooking with kerosene stoves.

Economically, Guyana, Suriname and Trinidad may be insignificant to India. It is uncertain if Modi will announce billions of Indian investments in these countries. The trip could be merely symbolic and a statement that the hard-line Hindu leader will closely monitor the global Hindu Diaspora. While ties with these countries have been very strong, India has yet to make any significant investment in these countries.

In Guyana, a no confidence vote by the combined opposition against the ruling PPP government is set for October 16. Guyanese may have to head to the polls to elect a new government. This could affect Modi’s visit to Guyana; something that the PPP government of Guyana wants avoid. The government has pinned great hopes on the Modi government and is confident that Modi will transform India economically, take on the global financial establishment and change the image of India to a more muscular one. The Indian government in Guyana hopes to be at the helm of power when Modi visits Guyana.