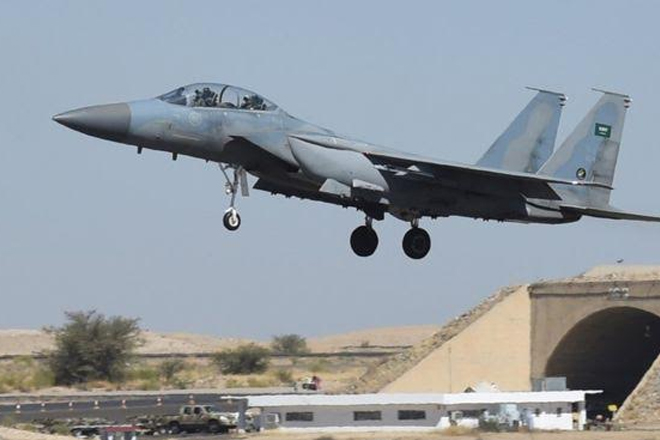 (BBC) Iran has accused Saudi-led coalition warplanes of damaging its embassy and injuring staff in an air strike on Yemen’s capital, Sanaa.

But later reports in Iran said missiles struck only in the vicinity of the embassy.

Residents and witnesses in Sanaa reported there was no damage to the main embassy building.

Sanaa residents reported dozens of air strikes on Thursday by the coalition, which is battling Houthi rebels.

Residents quoted by Reuters said missiles had struck 700m (2,300 feet) from the embassy, causing shrapnel and rocks to land near the building.

A coalition spokesman said the strikes had targeted rebel missile launchers, and that the rebels had used abandoned embassies for operations.

Sunni-ruled Saudi Arabia has become embroiled in a diplomatic row with Iran after a Shia cleric, Nimr al-Nimr, was executed by the Saudi authorities.

Iranian protesters in Tehran, angry at the execution, then attacked the Saudi embassy, leading Saudi Arabia to cut off diplomatic relations. A number of Saudi allies have followed suit in taking diplomatic action against Iran.

On Thursday, a statement read on Iranian state TV said the country had banned the import of all Saudi goods.

Ever since the Saudi-led air campaign began against Yemen’s Houthi rebels last March, there was always a risk that the cold war between the region’s two big rivals, Saudi Arabia and Iran, could ignite into something more serious.

The Saudis accuse Iran of smuggling in arms by sea to equip the Shia Houthis, who retain control over the capital and much of the country. Saudi officials have even claimed that Iranian military commanders are on the ground there, helping to direct the Houthis.

Both Iran and the Houthis deny this. The reality is that the Houthis owe most of their military gains to support from renegade Yemeni army units loyal to ousted ex-President Ali Abdullah Saleh.

Saudi Arabia’s military spokesman says its coalition has asked for precise co-ordinates of foreign embassies in the Yemeni capital so it can avoid hitting them. Angry as the Saudis are about the ransacking of their embassy in Tehran, it would have been a major escalation if they had carried out a deliberate, direct hit on Iran’s embassy in retaliation.

The Saudis accuse Iran of supporting the Houthis in Yemen militarily – a charge it denies.

It is not clear whether the Iranian embassy was fully functioning, but a number of countries have withdrawn their staff or relocated missions to the port city of Aden in the past year.