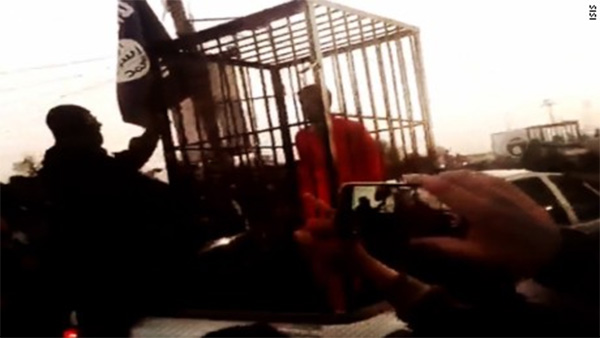 (CNN)– Nine foreign workers are believed to be in the hands of ISIS-affiliated militants after an attack on a Libyan oil field, according to officials.

Libya’s internationally recognized government has blamed “ISIS militias” for the attack Friday in which the Al-Ghani oil field was set on fire.

The kidnapped foreigners were working for VAOS, an Austrian-owned oil services company whose headquarters are in Tripoli, the Libyan capital.

They include four Filipinos, an Austrian, a Czech and a Ghanaian, according to the Philippine foreign ministry. The Bangladeshi government said one of its citizens was also taken hostage. The nationality of the ninth worker was unclear.

The abductions come amid Libya’s deteriorating security situation in which Islamic militias, some of them pledging allegiance to the extremist group ISIS, have thrived.

Egypt carried out airstrikes against ISIS militants in Libya last month after the killings of Egyptian Christians who had been kidnapped while working in a Libyan city.

The Philippine foreign ministry said Monday that its Tripoli embassy had “stepped up coordination” with the Austrian company and Libyan authorities “to locate the abducted Filipinos and ensure their safe and immediate release.”

Martin Weiss, a spokesman for the Austrian foreign ministry tweeted Monday that “credible sources” had confirmed that the Austrian citizen and other international workers were in the hands of ISIS “terrorists.”

The attack on Al-Ghani is the latest in a recent spate of violence by militants targeting oil fields in Libya.

The Libyan National Oil Corporation said over the weekend that it had warned VAOS more than two weeks ago to leave the area because of security concerns.

The Philippine foreign ministry said 52 other Filipinos are employed by VAOS but were relocated out of Al-Ghani “much earlier” and are now in Tripoli.

Three other Filipinos have been missing in Libya since they were seized at the Mabruk oil field in February, the foreign ministry said.

“These cases underscore the escalating threat to the safety and security of Filipino oil workers in Libyan oil fields which have been targeted by armed groups in recent weeks,” said foreign ministry spokesman Charles Jose.

He said Philippine authorities were unsure at this point whether the kidnappers were ISIS members.