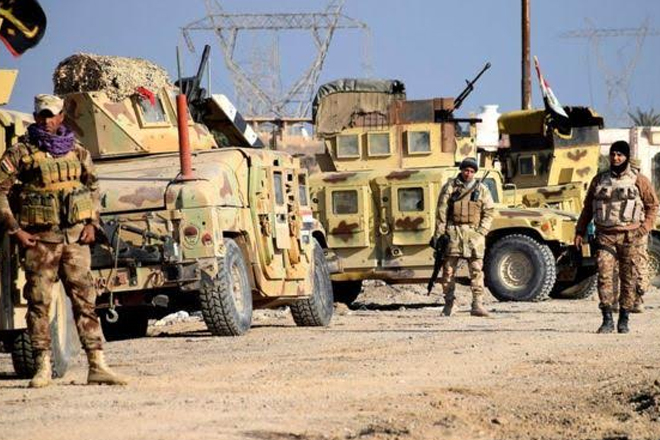 (BBC) Iraqi forces are advancing into the centre of Ramadi, after launching a major assault to drive Islamic State militants from the city, officials say.

They are heading towards the main government complex, and have come up against snipers and suicide bombers.

Ramadi fell to IS in May in an embarrassing defeat for the Iraqi army.

Last month, government forces completed their encirclement of the predominantly Sunni Arab city, about 90km (55 miles) west of Baghdad, cutting off militants inside the centre from strongholds elsewhere in Anbar province and in neighbouring Syria.

Iraqi Counter-Terrorism Service spokesman Sabah al-Numani said its troops, supported by soldiers, police and Sunni tribesmen, had begun the assault on central Ramadi at dawn and were advancing on the government complex.

“We went into the centre of Ramadi from several fronts and we began purging residential areas,” he told the AFP news agency.

“The city will be cleared in the coming 72 hours.”

“We did not face strong resistance – only snipers and suicide bombers, and this is a tactic we expected,” he added.

Sources in the Iraqi military’s Anbar Operations Command told the BBC that engineers had built temporary bridges over the River Euphrates, which flows along the north and west of the city centre. This had enabled troops to enter directly the al-Haouz district, south-west of the government complex.

By Tuesday afternoon, government forces had retaken the al-Thubat and al-Aramil districts, and entered nearby al-Malaab and Bakir, the sources said.