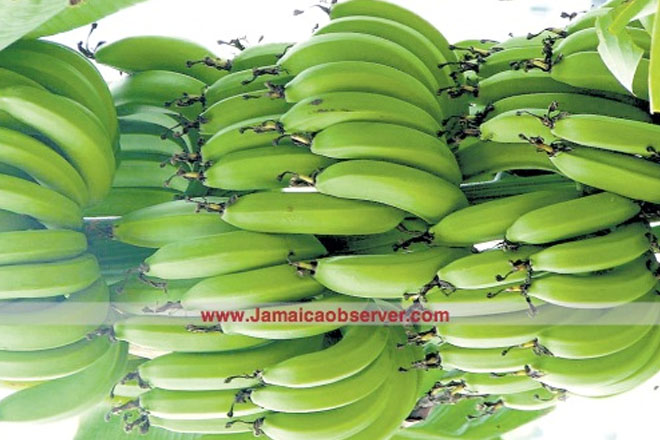 Brussels, Belgium (CMC) — Jamaica is looking to increase its export of bananas to the United Kingdom one year after re-entering the market.

Jamaica resumed shipments in June 2014 after a six-year absence, due mainly to changes to the preferential agreement with the UK, as well as the effects of several hurricanes on the production of the fruit.

“We’re currently in the process of replanting bananas. I think we’re looking at the western end of the island because the eastern section tends to be vulnerable to climatic events,” Minister of state in the Ministry of Foreign Affairs and Foreign Trade Arnaldo Brown told the Caribbean Media Corporation (CMC) at the just-concluded 101st Council of Ministers meeting of the African, Caribbean and Pacific (ACP) group of countries here.

“In addition to that there is still a thriving food market in Jamaica but as indicated we’re also involved in value added production such as banana chips and so on,” Brown said.

He noted that while production is on a small scale, small farmers will benefit from its contribution to the economy.

“I think it’s going to be a niche approach and therefore whilst its contribution in the overall scheme of things may not be major, it will be important nonetheless in terms of the small farmers,” he said.

Brown’s comments came as ACP countries continue to lobby the European Commission for assistance in promoting investments and diversification of the banana sector, in the wake of the Geneva Agreement on Trade in Bananas (GATB).

In 2009, the EU and ten Latin American countries reached the GATB, under which the EU agreed to a gradual reduction of its banana tariff from Euro 176 per tonne (One Euro =US$1.29 cents) to Euro 114 per tonne within eight years.

The EU subsequently agreed to provide budgetary support of Euro 10 million to assist ACP banana producing countries with the transition, however those countries say they have been experiencing difficulties with the disbursement of funds.

Another concern for the grouping is the state of the sugar industry is the imminent elimination of sugar and isoglucose quotas in 2017.

Currently the EU allows a duty-free import quota of 3.5 million tonnes of sugar from the ACP grouping, and they have been calling on the EU to consider the renewal of the Accompanying Measures for the Sugar Protocol (AMSP) assistance to allow for the restructuring of their sugar industries, in order to make them competitive.

ACP countries maintain that accompanying measures for the Sugar Protocol (AMSP) has been a vital instrument in supporting the diversity and modernisation of the sugar sector, and “with the end of the AMSP and the drastic reduction in prices much earlier than anticipated, we are faced with serious challenges,” the report stated.

Brown said sugar remains one of Kingston’s major export commodities, and “we have no intention, as far as I’m concerned, of exiting the sugar market.

“Europe will still remain an important market for us but also we’re looking at the region. I know that there has been a look at evolving our sugar cane industry and not just focusing on the production of sugar, but looking at the value chain system,” he told CMC.

“The issue of refining sugar is also on the table and that remains a work in progress, which is why it is important for us to make the representation that we are making in terms of accompanying measures.

“If and when the quota system should come to an end that we look at the prospects of additional accompanying measures to ensure that the sugar sector is not adversely affected,” Brown said.

According to him, the sugar industry remains a major employer on the island, and Jamaica has sought to expand the sector by allocating more lands for sugar production, to service the local market as well as the regional and international markets.