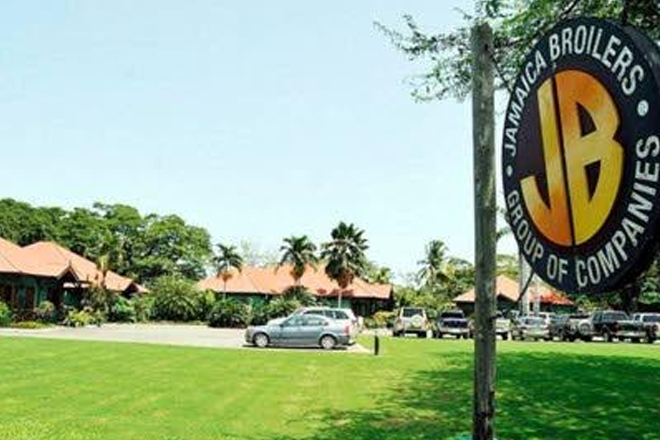 (Jamaica Observer) Jamaica Broilers Group recorded revenues of $9.17 billion for the quarter ending October 31, a six per cent increase on the $8.68 billion for the corresponding period last year.

At the same time, the vertically integrated company with operations in three countries, reported gross profits of $2.28 billion for the quarter, compared to $1.75 billion for the same period last year.

The successful performance was shared by the group in the report of its unaudited financial results which were prepared in accordance with international financial reporting standards.

Net profits for the quarter increased to $406 million from $99 million for the comparative quarter last year, while its United States operations continue to deliver strong results, with year-to-date segment results exceeding half a billion dollars.

The Jamaica operations, the group said, are experiencing increased volumes of sales in chicken and feed, representing a recovery on the negative impact of market constraints and weak consumer demand.

Meanwhile, the group’s Haiti operations continue to grow with table eggs accounting for 14 per cent of the market, up from 12 per cent at the end of the second quarter last year.

“Haiti Broilers continues to expand out of its own cash flows, and has now achieved an operational break-even position,” the group said. “As the operation realises the benefits of increased economies of scale, it is expected to achieve consistent operational profits.”

Added the group: “The devaluation of the Haitian gourde against the US$ has resulted in increased costs; management is implementing a number of strategies to mitigate this risk so that the full benefits of the increased production and sales can accrue to the bottom line.”

“We are recording increased sale volumes in poultry and feed products. In addition, our focus on cost containment and improvements in the production processes for poultry and feed are bearing fruit,” Chairman Robert Levy and President Christopher Levy said in a statement accompanying the first quarter results.

“US operations are now at an optimal level with respect to the sale of our main product — fertile eggs for the broiler industry. We expect steady growth in other product lines in this segment,” the Levys added at the time.