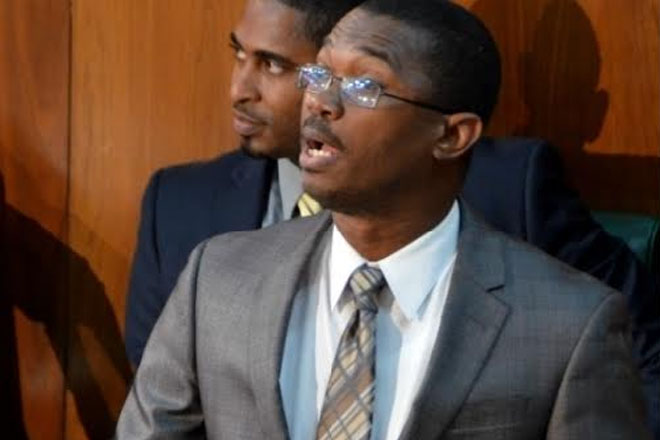 Kingston, Jamaica (JIS) — Jamaica is in full support of the United Nations (UN) 2030 Sustainable Development Agenda, which is seeking to complete a number of human development initiatives across the globe, such as ending hunger, and eradicating inequality.

This was stated on Monday by Minister of State in the Ministry of Foreign Affairs and Foreign Trade Arnaldo Brown while addressing a Social Good Summit, at the University of the West Indies, Mona Campus, in St Andrew.

On September 25th, world leaders who gathered at the UN, in New York, adopted the 2030 Agenda for Sustainable Development, focussing on global development priorities to be accomplished over the next 15 years.

This requires countries to embark on transformation programmes to deal with climate change, food security, social protection and measures for the most vulnerable, and the reduction of all forms of violence and related deaths.

“Jamaica fully endorses Agenda 2030, which is a worthy successor to the MDGs. While the MDGs provided a useful tool for focussing on development efforts, this Agenda will help us to ensure that these efforts are sustainable,” Brown said.

Adding that the Agenda is for people, the state minister underscored that marked improvements will be made to the planet, prosperity, peace and partnerships. “These are the ingredients that will make for a world free of extreme poverty, where prosperity is both sustained and sustainable,” he said.

The state minister told the Summit that the plan provides an opportunity for every country, regardless of size or level of development, to build on the successes achieved under the MDGs, and to address any shortcomings in their implementation, at the local and international levels.

With 17 goals set out in the Agenda, he called for high standards and efforts to effectively implement them. “We are conscious that implementation requires financing from a range of sources – domestic, international, public and private – and that access to scientific research, technology and innovation is central to our efforts to ensure successful implementation,” Brown said.

Much of the 2030 Agenda reflects lessons that the world has learned since the MDGs plan took effect in 2000, about what works, including the need for more transparent, accountable and inclusive approaches to development; to focus on transformative priorities that have sustainable impact; and to leverage the full array of resources for development.

The new UN human development plan has been ushered in at the end of the MDGs, which have contributed to a global decrease of people living on less than US$1.25 per day; halving the rate of child mortality; and reaching gender parity in primary school enrolment.