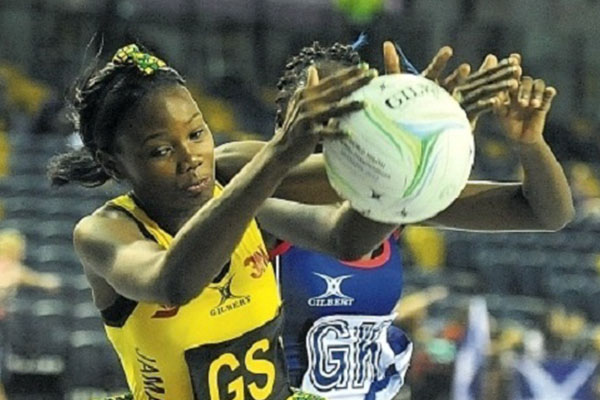 Heading into the contest with the title virtually sewn up, the Jamaicans spared no effort as they produced another emphatic display to rout the Vincentians 62-13.

They finished the competition unbeaten from six outings and on top the standings with 31 points, five ahead of second placed Barbados who signed off with a 33-19 triumph over St Lucia in the night cap game.

Hosts Antigua and Barbuda also finished the tournament on a high with a 41-6 whipping of Nevis while Dominica extended Trinidad and Tobago’s disappointing campaign with a 30-24 verdict.

SVG and Dominica finished on 17 points from 3-3 records but the Vincentians picked up third spot on goal difference, while St Kitts were fifth on 12 points and T&T sixth on 11 points. St Lucia lost all their games to be bottom of the pile.

Playing in the second game of the evening schedule, Jamaica showed their intent by rushing to a 14-5 first quarter lead which they converted into a 30-8 advantage at half-time.

By then, it was apparent the Sunshine Girls were headed for a blow-out, and their pressed home their advantage in the third quarter, out-scoring the Vincentians 16-3, to leave the result a foregone conclusion at the start of the final stanza.

For the winners, goal shoot Simone Gordon scored 30 goals from 35 attempts while Tracy Francis supported with 24 from 28 attempts.

SVG were led by Khadija Williams who shot 13 from 16 attempts.

Barbados, meanwhile, ensured St Lucia would have no relief from their misery, as they imposed themselves on their struggling opponents.

Goal shoot Shakeillia Smith led for the Barbadians, knocking down 15 from 24 attempts while goal attack Zakiya Kirton chipped in with 13 from 18 attempts.

For St Lucia, goal shoot Kamala Mangal was outstanding, shooting 18 from 21 attempts for an 85 per cent accuracy rate.

The game remained close at the end of the first quarter with Barbados ahead 7-4, but the winners slowly stretched their lead and were comfortably up 22-15 at the start of the final quarter.

There was no respite for T&T who lost their fourth game, despite another strong showing from goal shoot Afiya Vincent. She finished with 18 goals from 24 attempts but could not stop Dominica who charged to a 17-12 half-time lead, and a 26-17 advantage at the end of the third quarter.