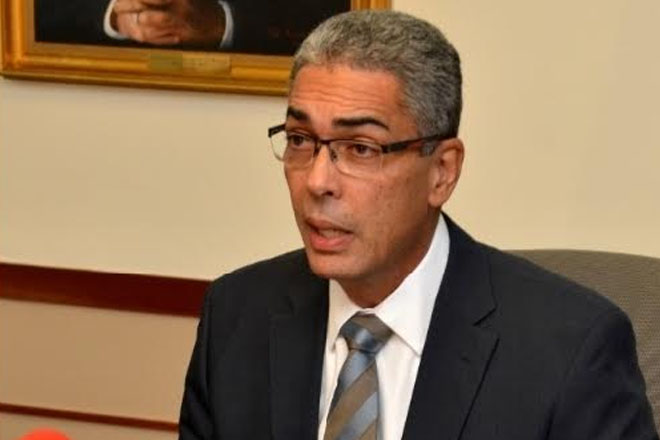 Kingston, Jamaica (JIS) — Jamaica is on course to pass its 9th consecutive review under the Extended Fund Facility (EFF) with the International Monetary Fund (IMF).

This, after successfully surpassing all the key economic targets set by the IMF for the April to June quarter.

A team from the IMF is currently in the island reviewing the country’s performance for the quarter under the four-year EFF.

Speaking with journalists Thursday, Co-Chair of the Economic Programme Oversight Committee (EPOC), Richard Byles, said the indications are that the country will be given another favourable review by the IMF team.

“I think the news that we have received in the last month has been pretty positive on the economic front. The current account has been good, inflation has been within target, Gross Domestic Product (GDP), if a little soft, is at least positive, and of course, the debt to GDP, that reduction is quite significant, (and) the primary balance, we have achieved the target,” Byles noted.

The EPOC Co-chair informed that for the April to June quarter the country achieved a primary surplus balance of $20.4 billion, which is $3.4 billion more than the target of $17.0 billion set by the IMF.

This, is he said, was mainly due to an improved performance in tax revenues for the quarter, which exceeded the budget by $3.4 billion or 3.7 per cent.

He reported that overall, taxes are 16.5 per cent or $13.5 billion better than the same period last year.

Another strong economic performer for the last quarter was the Net International Reserves (NIR), which at the end of June, stood at US$2.1 billion compared to the target of US$1.4 billion.

Meanwhile, he informed that the country’s current account recorded a surplus of US$39.4 million for the quarter, which is the first in 10 years.

The improvement, Byles noted, was due largely to a decline of US$164.8 million in imports of mainly fuel and food.

Other positive economic indicators are a 0.5 per cent inflation rate for the month of June, and 0.4 per cent growth in GDP for the January to March quarter, compared to the corresponding period in 2014.