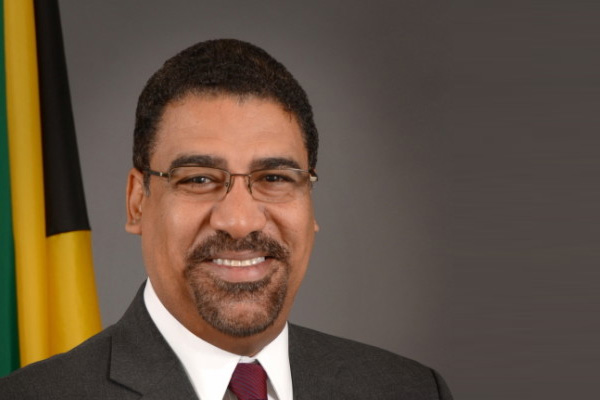 MONTEGO BAY, Jamaica (JIS) — Tourism and Entertainment Minister, Dr Wykeham McNeill, says Jamaica is on track to welcome some 3.5 million visitors this year.
The number, he said, involves a combination of cruise passengers and stopover arrivals.

He said that stopover arrivals are up more than three per cent over 2013, and the industry is expected to once again pass the two million visitor mark this year.

“We will have in excess of 1.4 million cruise ship arrivals…so total arrivals to the country could be somewhere around 3.4 to 3.5 million visitors,” he informed.
The Tourism and Entertainment Minister noted that despite the challenges the sectors continues to perform well.

“Sometimes we don’t realize how good we are doing in certain things…we can always do better, but I think the fact that we are welcoming far more visitors to the island than people who live on the island, is a tremendous success for Jamaica and all the partners in the tourism industry,” he argued.

Dr McNeill noted, however, that the success of the industry should not only be measures in terms of the number of arrivals but also “the social and economic impacts of the industry on the people of Jamaica”.

He said that effort must be made to ensure that the Jamaican people are getting the best benefits from the sector. “The tourism industry in Jamaica plays a crucial role in our economic and social development…providing direct employment to some 33,000 persons in the accommodations sub-sector and thousands more indirectly,” he noted.
Photo: Wykeham
-30-
Banned FIFA official in Cayman charged with fraud, money-laundering
MIAMI (Reuters) — A member of the financial watchdog committee at soccer’s ruling body FIFA has been charged with fraud, money-laundering and breach of trust by police in the Cayman Islands.
Canover Watson, a vice-president of the Caribbean Football Union and member of FIFA’s Audit and Compliance Committee, was charged with five offences by the Cayman Islands Anti-Corruption Commission.

The cases relate to Watson’s time as the head of Cayman’s Health Service Authority and follow a police investigation into the introduction of a swipe card system. There is no suggestion of football-related crimes.

The commission released the statement to Reuters after being asked for an update on Watson’s status.

The 43-year-old is due in Summary Court on Tuesday and the commission added “it is anticipated further charges will follow”.

When he was arrested in August, Watson denied the allegations. He was not immediately reachable for comment on Thursday.

In September, FIFA temporarily suspended Watson from its eight-member Audit and Compliance Committee pending the outcome of the case.

The Cayman Islands is a power centre in the CONCACAF organisation that governs soccer in North and Central America and the Caribbean.