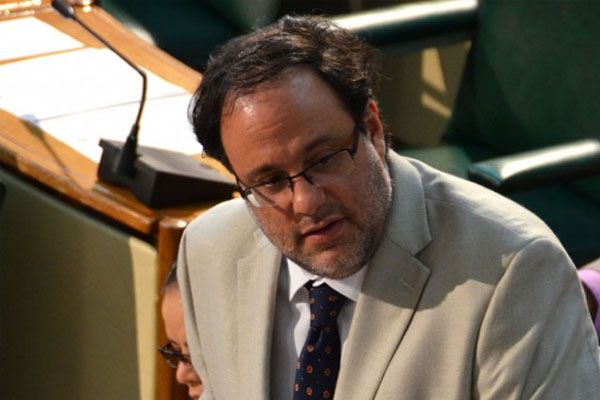 Timeshare/vacation ownership is defined as a method of use and or shared ownership of vacation real estate, where purchasers acquire a period of time (often one week) in a condominium, apartment or other type of vacation accommodation.

Opening the debate, minister of justice, Mark Golding, said that Jamaica is keen on developing a more sophisticated tourism product and wishes to embrace the vacation ownership market of which the timeshare concept is the most developed and most important part.

He pointed out that during the last decade or so, timeshare has been the most significant driver of business in the worldwide hospitality sector, with research showing that vacation ownership is one of the fastest growing sectors of global hospitality.

“There is a huge market, significant potential and further growth and development of the timeshare product in the Caribbean, especially in Jamaica,” Golding said.

The minister noted that, currently, Jamaica is not a player in the timeshare market as a prolonged absence of a statutory framework has precluded Jamaica from reaping the benefits of participation in the worldwide industry.

“This Bill is an important enabling legislation that seeks to allow Jamaica to access both local and international investment in a sector of the resort industry that has become well established in many major tourism markets around the world,” Golding said.

The Bill seeks to give legal recognition to timeshare vacation schemes in the form of right-to-use agreements, which are timeshare contracts and deeds issued in respect thereof. It also regulates the marketing, promotion and provision of timeshare accommodation.

The Bill also provides for the licensing of agents of proprietors of timeshare plans; the registering of the timeshare plans under which the accommodation is offered; and standardizing of information to be provided to purchasers before they enter into any timeshare contract.

It also provides for a withdrawal period to purchasers after entry into timeshare contracts; and the management of timeshare plans.

Meanwhile, Golding said that potential investors have shown an interest in developing timeshare vacations in Jamaica.

“This can be of particular benefit to our overall tourism product as it includes a mix of accommodations, such as integrated leisure resort facilities and luxury condo resorts,” he noted.

The minister pointed to several benefits for Jamaica’s tourism industry, including reduction in the seasonality experienced in the accommodation sector; improvement in the quality of tourism accommodation, as timeshare offerings tend to be high end.

Golding said that, through timesharing accommodations, the country would also be able to maintain increased occupancy levels, as timeshare guests are usually repeat visitors; and attract some of the world’s most celebrated hospitality brands that are involved in timeshare.

In his remarks, government senator, Noel Sloley, noted that the Bill adds another lucrative dimension to the nation’s tourism product.

He pointed out that the Real Estate Board has been nominated as regulator or the registrar of timeshare vacations in Jamaica.

“However, coming this late in the financial year, there is no budget allocation to the Real Estate Board to allow for immediate activation and implementation. I wish however to advise that the ministry of tourism, through the Tourism Enhancement Fund, has agreed to take this on as an important project and will be funding the first year full cost of implementing the Bill,” Sloley said.

For his part, opposition senator, Alexander Williams, also welcomed passage of the legislation.

“I can see no reason why this Timeshare Vacations Bill is not workable,” he said.

The Bill was passed in the House of Representatives in October 2014.