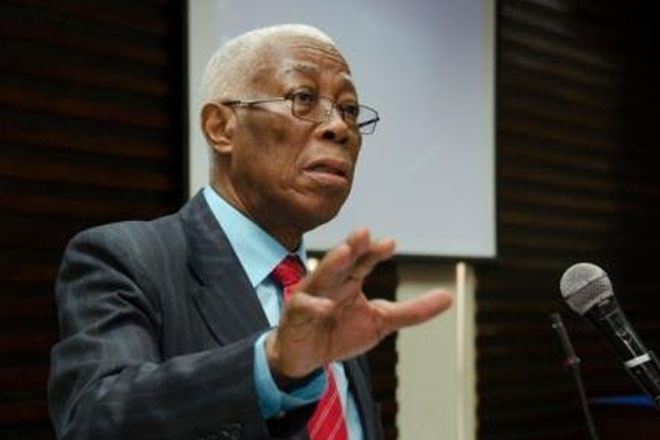 In underscoring the court’s integrity, Nicholson maintained that the judgments delivered are of high quality and not open to political manipulation.

“The argument about fixing our local justice system before taking this step (also) holds no water,” he pointed out, noting that no other former colony of Britain that has abolished the Privy Council has established its own court of appeal.

Nicholson was addressing a public forum on the CCJ held on October 9 at the Faculty of Law at the University of the West Indies (UWI), Mona, under the theme: ‘From Debate to Implementation: Where Now and in What Direction Should We Go?.’

The Senate, will on October 16, commence debate on the three Bills, which seek to install the CCJ, and delink the country from the Judicial Committee of the United Kingdom Privy Council.

They were debated and passed on May 12 in the House of Representatives, where the government enjoys the two-thirds majority needed to have them passed. The opposition voted against all three Bills.

Nicholson is urging the opposition to come on board and support the Bills.

“There is no good reason whatsoever that can be conjured up at this stage to register a negative vote in respect of the Bills before the Senate,” he stated.

As it relates to calls for a referendum on the issue, Nicholson said this is not necessary.

He noted that no country within the Westminster system of government has wished that matters relating to its judiciary be subject or exposed to political hustings.

Attorney and member of parliament, Delroy Chuck, is among those advocating for the government to move towards the establishment of a local appellate court.

He said there are competent judges in the country, who are capable of adjudicating on various matters.

“When we leave the Privy Council let us make the decision to create a final court,” he urged.

He noted that it is much cheaper to appeal to the CCJ in the Caribbean, and, in fact, if Jamaica were to become party to the appellate jurisdiction, appeals would be heard in Jamaica by the CCJ. The fact that the court is more affordable would increase access to justice for ordinary persons.

The CCJ was established on February 12, 2001, through an agreement signed by the heads of government of the Caribbean Community (CARICOM) at their 22nd meeting in Nassau.

It has two jurisdictions: an appellate and original.