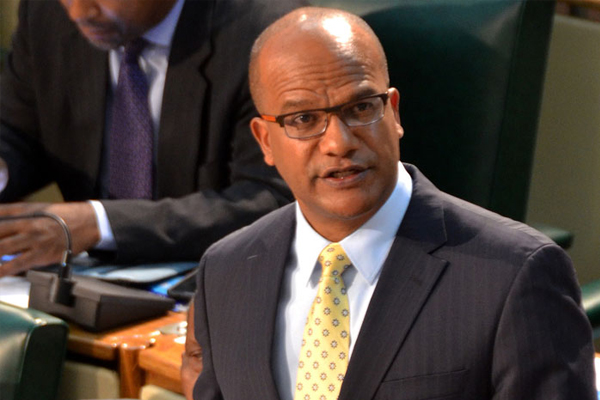 Kingston, Jamaica (JIS) — The government will be pursuing several strategies to maintain the long-term downward trend in serious and violent crimes in Jamaica.

In a statement to the House of Representatives on Tuesday, minister of national security, Peter Bunting, said the recent spike in murders can be attributed almost entirely to an increase in murders in the St Catherine North Division.

“The security forces are responding operationally to the gang situation in St Catherine North, and in doing so, we will employ the approaches that worked in 2014,” Bunting said.

The strategies, he said, include: targeting violence producers, dominating critical hotspots, prioritising forensic and investigative resources to the area, and drying up the funding sources for criminal organisations.

“Social intervention strategies will follow once the situation is normalised,” Bunting said, adding that for the month of January there is an average of 3.2 murders per day, compared to 2.7 per day for all of 2014.

“If this rate continues we could see the month ending with approximately 100 murders. However, let me point out that even in 2014 we had two months with murders above 100, which points to the randomness in how these crimes occur and to demonstrate that we need not be unduly alarmed at this time,” Bunting said.

Meanwhile, the national security minister said for 2015, there will be a reallocation of resources, which will be achieved through mergers and downsizing of some non-geographical units.

“The amalgamation of OCID and Flying Squad came into effect on January 19, 2015. The mandate of the merged unit will include all the functions currently performed by the two entities individually, and will be extended to include counter terrorism investigation. The merger will release 30 police officers to operational policing,” Bunting pointed out.

He added that the rationalization of the Motorized Patrol has already resulted in 20 persons, formerly of the Street Crimes Unit, being sent to provide additional numbers for St Catherine North, while noting that additional personnel are being identified for transfer to St James.

In addition, the merger of the Proactive Investigation Unit, Street Crime Unit and Divisional Fugitive Apprehension Team in each division is almost complete and is aimed at ensuring a more effective team.

“The new team, called the Proactive Investigative Team, will spearhead the enforcement of the anti-gang and anti-lottery scam legislation as well as to track wanted criminals,” Bunting said.

The minister pointed out that, except for the Operational Support Team (OST) at Area One Headquarters, all Area OSTs (personnel and equipment) have been redeployed to geographic divisions within the respective areas to provide additional police presence in the public spaces.

He noted that the Area One operational support team has been retained, since the divisions in Western Jamaica are far away from headquarters support.

Also, Bunting said a total of 65 officers have already been identified from Mobile Reserve and Motorized Patrol for redeployment to St James.

“Further assessments are being done to determine the additional numbers that can be released to operational policing in the geographic divisions,” he added.

The minister noted that the Kingston and St Andrew Major Investigation Task Force (MIT) as well as the St. Catherine MIT will be merged and downsized significantly, resulting in the redeployment of the majority of the detectives to geographic divisions in the Corporate Area and St Catherine.

He added that the return of the murder investigators to geographic divisions, which will commence on February 1, 2015, is geared at significantly increasing divisional capacity to investigate and clear up murders.

“I believe we are pursuing a sustainable set of policies to maintain the long-term downward trajectory of crime that we have seen over the last five years. We need to understand and accept that there will be setbacks from week-to-week or month-to-month and that available policy options are limited by fiscal constraints,” Bunting said.