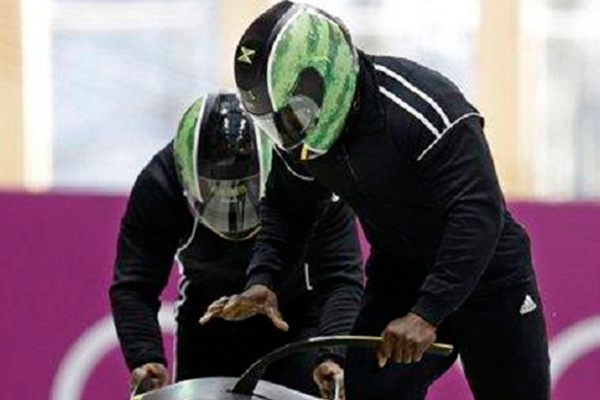 SOCHI, Russia (CMC) – Jamaica’s two-man bobsleigh team finished at the bottom of the standings after the first day of competition at the Winter Olympics at the Sanki Sliding Centre on Sunday.

The team of Winston Watts and Marvin Dixon had a combined time of 1 minute 57.23 seconds almost five seconds behind the Russian pair of Alexander Zubkov and Alexey Voevoda who clocked 1:52.82.

The Russians are ahead of second-placed Beat Hefti and Alex Baumann of Sweden in 1:53.14.

Americans Steven Holcomb and Steven Langton are in third position.

This season’s World Cup winner Holcomb, who also won the 2010 gold medal in the four-man event, was just 0.09sec behind Zubkov after the first attempt but finished third with a time of 1:53.18.

The Jamaicans will enter the third and final heat on Monday.

Jamaica made its debut at the Olympic Winter Games in 1988 in Calgary when a team made up of track sprinters was entered in the men’s four-man bobsleigh competition.