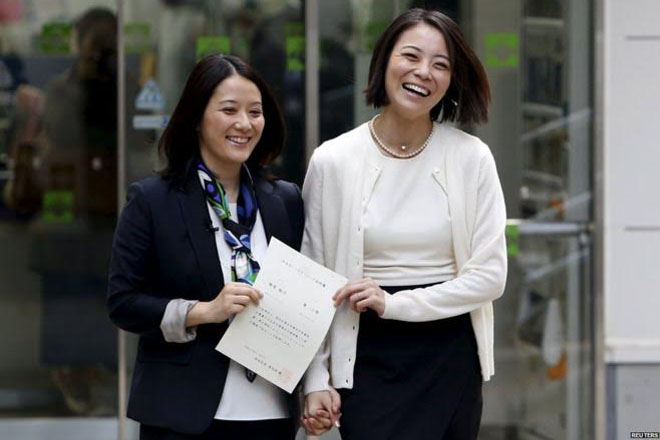 They are designed to encourage landlords and hospitals to treat gay couples the same way as married ones.

However, the documents do not provide the same legal status as marriage.

Younger people in Japan generally support gay rights but the prime minister has previously urged caution over changing the law.

Hiroko Masuhara, 37, and Koyuki Higashi, 30, were the first to register their partnership in Shibuya district.

Ms Higashi, an actress, told reporters she hoped the measure would spread across Japan and eventually lead to same-sex marriage being legalised.