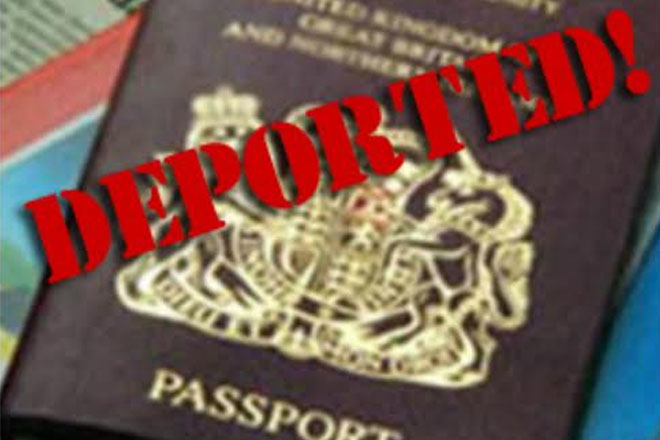 J’cans among 420 deported from Bahamas

Nassau, Bahamas (CMC) — The Bahamas Government says it has deported more 420 people during the first 23 days of this month, with the majority of them being Haitian nationals.

Immigration Minister Fred Mitchell said that the authorities were continuing the reparation exercise on a weekly basis and presently there are 180 people detained at the Detention Centre, 139 of whom are Haitians.

According to Mitchell, during the period June 1-23, a total of 420 people had been repatriated including 369 Haitians, 13 Jamaicans, eight Brazilians and 14 Cubans.

He said nationals from India, Peru, Mongolia and Bangladesh were also awaiting deportation.

The Perry Christie Government has come under criticism from local and international human rights groups over its deportation policy and Mitchell told reporters that the Department of Immigration is continuing operations throughout New Providence and The Family islands, “the goal of which is to ensure that every immigrant have a legal right to live and work in The Commonwealth of the Bahamas.

“As a result of intensive efforts an operation was conducted on Bay Street and the Straw market for Status check. This resulted in the arrest of 21 persons of various nationalities. Nine persons were committed to The Detention Centre. The other 12 persons were released after paying delinquent work permit fees,” Mitchell said, thanking Bahamian Citizens for “providing us with very good intelligence of persons working in a number of key business establishments and various areas”.

He said the information given has led to a number of arrests of persons who were subsequently repatriated and reminded the public that only nationals can obtain licences to sell at the straw market here.

“The public and the vendors are reminded that the straw market vendor’s license is for Bahamians only and you must have a valid Bahamian passport to be a stall owner in the Straw Market. You can be an employee of a stall owner but to do so you must have a valid work permit to work for the stall owner or have permanent residence with the right to work or a spousal permit or a belonger’s permit. You can only be an employee,” he said, adding “we will continue to check the market from time to time”.