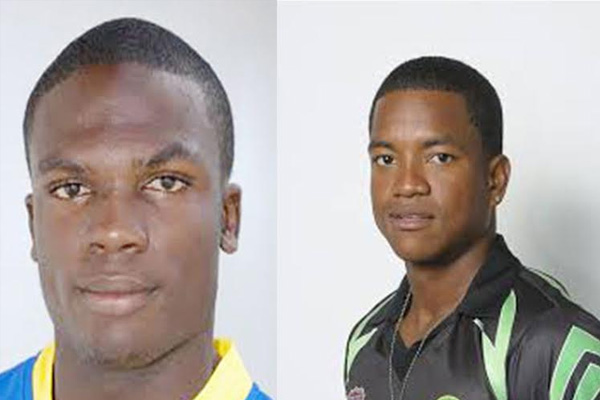 Opting to bat first, the hosts piled up 354 all out at Kensington Oval, with Johnson stroking the top score of 74 and Carter getting 54.

The in-form Jermaine Blackwood chipped in with 45 while captain Carlos Brathwaite and Sheldon Cottrell both struck 42, and Sunil Ambris, 34.

Openers Chadwick Walton (8) and Assad Fudadin (4) both fell cheaply to leave the HPC on 16 for two but successive half-century stands put the HPC in a strong position.

Johnson and Blackwood added 84 for the third wicket, a partnership that was broken when Blackwood gloved a short ball from Muktar behind, on the stroke of lunch.

He faced 84 balls and struck six fours and a six.

Johnson, who drove and swept with authority, put on a further 87 for the fourth wicket with Carter, in an entertaining stand after lunch.

While Johnson faced 117 deliveries in just over three hours batting and struck six fours and a six, Carter’s knock was breezier, coming from just 77 balls and included seven fours and a six.

Carter reached his half-century with a pull through square leg but lasted just seven more balls before holing out to long-off off Shuvagoto.

Johnson was lbw to Taijul soon after as the HPC slipped to 207 for five but Ambris and Brathwaite propped up the innings in a 44-run stand for the sixth wicket, that pushed the hosts to 231 for five at tea.