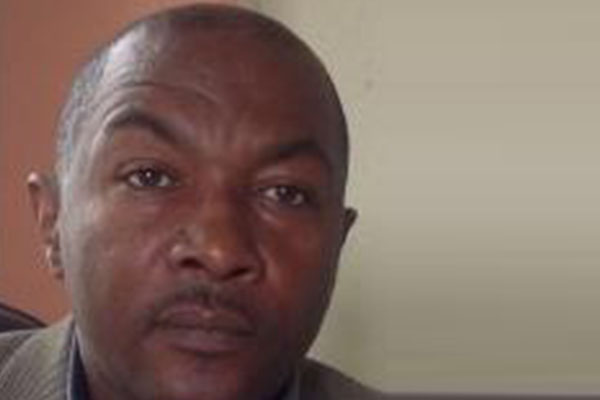 LES CAYES, Haiti (HCNN) — A Haitian investigative judge promised on Thursday to issue, within the coming weeks, his report on the case of 9 of the 20 Jamaicans held in Haiti on drug and gun trafficking charges, as the investigation into the case comes to an end.

Judge Frantz Badette said he has already completed his inquiry into the cases involving Roy Prince, Richard Winston and Gary Williams, and promised to issue his report on those cases by the end of this month, while he continues to work on six other cases.

“I would like to say that we are working on the cases regarding the Jamaicans and I will issue my report on three of them in about two weeks,” Badette told HCNN on Thursday, as he sat in his investigating room at the Judicial Palace in the southern town of Les Cayes.

“We are moving forward with these six other cases. We have a few more interrogations to carry out and I should conclude the investigation in less than a month,” Badette told HCNN.

The investigating judge is forbidden by law to reveal or discuss publicly the findings of his investigation before the conclusion of the inquiry, but other judicial sources told HCNN that some of the Jamaican suspects, who were caught in possession of narcotics, will be sent before a criminal court to be tried.

The remaining 11 cases were distributed to other judges or were submitted to judges whose term has, in the meantime, expired — which has caused scores of investigations to stall, according to several judicial sources.

The Court’s Dean, Judge Pierre Ezechiel Vaval, who has the administrative authority to assign cases to judges for investigation, said there were only four investigating judges in his jurisdiction, but now only two of them are available — Frantz Badette and Jean Odilon Seide.

The two other judges, Faugas Jerome and Josias Jean-Pierre, whose three-year term as investigating magistrates, has expired, were required by law to return all the cases previously assigned to them to the Dean’s office, while waiting for the renewal of their term by the president of the Republic, which is not binding.

“I will redistribute the cases which have been returned by the judges whose mandate has expired,” Vaval told HCNN. “But we crucially need more investigating judges to do the job,” he said.

The judges should be commissioned by Haitian President Michel Martelly through an executive order, but after having received favourable recommendation by the High Council of the Judicial Power, which has not yet been the case for several technical reasons, according to sources.

Vaval explained that each judge was in charge of nearly 200 cases when he had four working investigating judges in his jurisdiction, while he said he would need at least eight magistrates to conduct inquiries into current criminal cases which have been submitted.

“You understand how difficult it is to do all this work when we have only two working investigating judges,” stated Vaval, hoping the needed judges will be appointed soon.