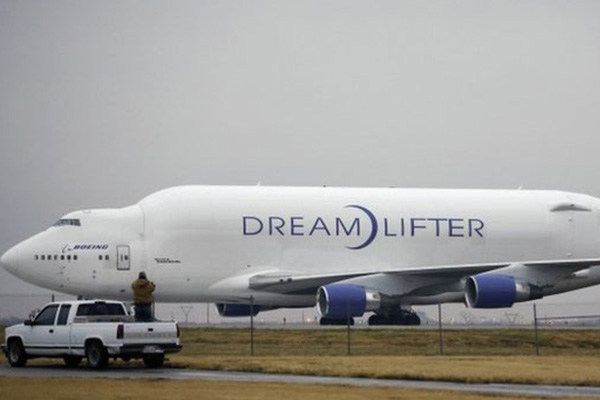 (BBC)—A Boeing 747 Dreamlifter cargo plane will attempt to take off from a minor airport in Kansas after it landed there by mistake.

The giant cargo jet was heading for McConnell air force base in Wichita but instead touched down at nearby Colonel James Jabara airport.

Airport officials believe the plane will be able to depart despite the much shorter runway at Jabara.

An attempt is scheduled for noon local time (18:00 GMT) on Thursday.