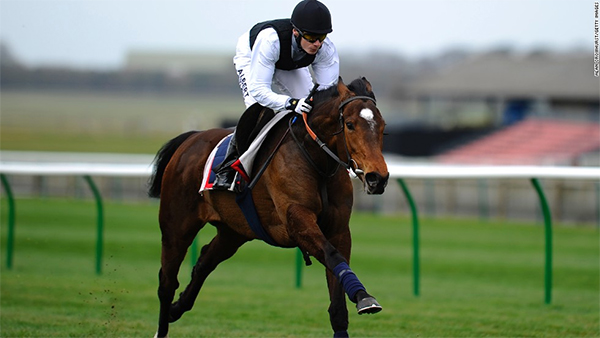 (CNN) — They say it is the sport of kings, and a king’s ransom has been paid for a single horse at auction house Tattersalls.

On Tuesday, Sheikh Fahad Al Thani from the Royal Family of Qatar shelled out 4.5 million guineas ($7.3m) for Irish 1,000 Guineas winner Just the Judge, making her the highest-priced filly in training in British auction history.

On what was the second day of Tattersalls’ December sale, nearly $50m exchanged hands in a litany of purchases.

Somewhat bizarrely, Sheikh Fahad already had part ownership of the filly, but was buying out the Sangsters — a family with a rich history in racehorse ownership and breeding — in partnership with new co-owners the China Horse Club.

It was the first time a Classic-winning filly had been up for sale at Tattersalls for more than two decades.

The bidding war at the notorious auction house in Newmarket, England, had opened at 500,000 guineas, before Sheik Fahad battled it out successfully with James Delahooke and Barry Weisbord.

The purchase means Just the Judge will remain in Qatar Racing silks next season and continue her partnership with trainer Charlie Hills.