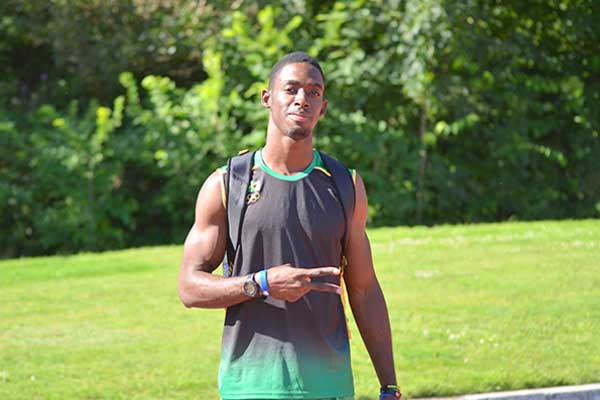 What then to make of the Commonwealth’s best sprinter who absolutely straddled that line?

Jamaica’s Kemar Bailey-Cole won the gold medal on Monday in 10 seconds flat. It was a time that was good enough but at the same time not nice enough. Enough to win, not enough to please, and so was perhaps fitting for the Commonwealth Games – good but not elite.

This was, of course, an event without the world’s fastest man, Usain Bolt, who will run in the sprint relay for his country but who did not compete in the individual sprint after an ankle injury precluded him competing at the Jamaican national trials this year.

Bailey-Cole is a gold-medal winner at Olympic and world championship level as a member of the Jamaican relay team, but that in itself explains something. Without Bolt and Yohan Blake in the field of competitors for the individual sprint, it fell to one of the lesser members of the Jamaican team to carry the day.

A tall man, he did it in admirable Bolt-type style, gathering in the field and looming over them. The smaller Adam Gemili of England, urged on by an adopt-an-Englishman-as-a-local-for-the-day crowd, took silver in 10.10 seconds with Jamaican Nickel Ashmeade winning bronze in 10.12.

In contrast to the acutely average 10-second mark of the men and as a blessing to the Games, the neatly named Blessing Okagbare, with blonde braided hair bouncing on her back, won the women’s 100 metres in 10.85 seconds – a time quicker than any woman had run at a Commonwealth Games before.

It was a performance the more meritorious because the Nigerian beat Jamaica’s Veronica Campbell-Brown, an Olympic and world champion, to claim the gold.