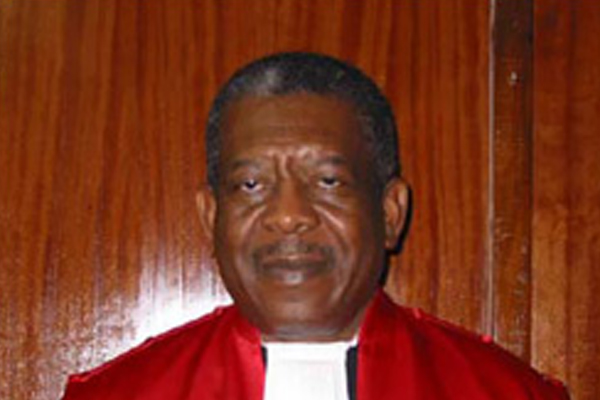 Basseterre, St. Kitts, (CUOPM) – The St. Kitts-born President of the Caribbean Court of Justice (CCJ), Sir Dennis Byron, says a conscious and forthright statement of dedication to achieving diversity should be noted when the Trinidad-based regional court is considering the diversity of its judicial appointments.

Addressing the International Bar Association (IBA) 2013 Conference in Boston, Massachusetts, Sir Dennis questioned how the CCJ, established in 2001 to replace the London-based Privy Council as the region’s highest court, takes into consideration the diversity of its judicial candidates.

“Complicating this question even more is the fact that it is unlikely that the pool of candidates, itself, will reflect the full diversity of the population. So, what should we do and what can we do?,” he asked as he addressed the topic “Considering Diversity: The Judicial Process for the CCJ and Beyond.”

Sir Dennis who served as Vice Chair of the Judges’ Forum panel discussion on “Appointing Judges: diversity or simply the best?” said the judicial selection criteria contained within the agreement establishing the CCJ does not offer much assistance.

CMC reported that Sir Dennis noted that in making appointments to the office of Judge, the agreement outlines issues such as high moral character, intellectual and analytical ability, sound judgment, integrity, and understanding of people and society.

“To be fair, the agreement does contemplate diversity, but only in the sense of intellectual diversity. It includes provisions requiring the inclusion of judges with expertise in international law and international trade law and allowing for candidates that have substantial judicial experience or academic experience in either common or civil law systems.”

He said even though the agreement does give some latitude to address the concept of diversity, the CCJ judicial qualification criteria are not an aberration in this regard, making reference to the Statute of the International Criminal Tribunal of Rwanda that similarly focuses on merit and intellectual expertise.

Sir Dennis said even the updated Statute of the International Criminal Tribunal for the Former Yugoslavia uses identical language, leaving diversity entirely out of the statutorily required characteristics.

He said despite the fact that diversity is not listed in the selection criteria of the CCJ and other international tribunals, it does seem to be taken into consideration by those who are doing the selecting or the electing.

“While we cannot know the details of the discussion surrounding the appointment of the first panel of judges at the CCJ, we can see the result- a panel, of only seven judges but with differences including those of gender, colour, ethnicity, nationality, places of geographical origin, religion and background experience, Common Law and Civil Law.

“This difference between what is on paper and what actually transpires during the selection process seems to be quite common when we look at other courts,” he added.

St. Kitts and Nevis Government to Take Actions to Create a Sustainable Medicinal…