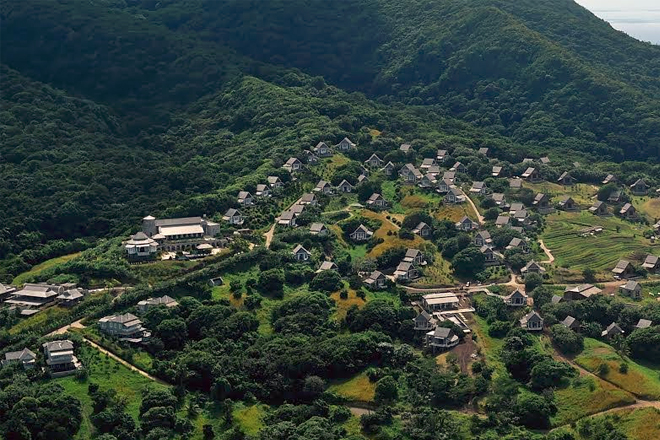 (ZIZ News) — With just one year under its belt, Kittitian Hill’s Belmont Farm has effectively employed its Farm to Table sustainability concept and impressed many both locally and internationally.

Encompassing 18 acres of Kittitian Hill, everything at Belmont Farm has been planted with a purpose.

This is according to the Kittitian Hill’s Public Relations Manager Johan Kelly who says the hotel and its operations have in some ways exceeded expectations.

She said, “We had the official opening of The Kitchen Restaurant and Mill Bar back in July and we officially opened the entire hotel in December. It has been what we have expected but it certainly has surpassed some of our expectations particularly with reference to international positive exposure.”

Belmont Farm bases its operations on a Farm to Table concept.

With a range of crops being grown at the farm, the concept is easily executed.

Junior horticulturist and Farm Manager Phil Cooper gave an explanation of the Farm to Table concept.

“It’s an organic farm that goes hand in hand with the farm to table concept and it is just taking food from the farm directly to the table. So like Johan was saying we have incidents where—not even incidents—where the chef comes and takes what he wants and what we are doing right now is harvesting for a farm dinner later and that as well goes with the farm to table concept. It’s literally pick and eat,” he said.

Kelly said the Farm to Table concept not only gives visitors a memorable experience, it also incorporates a healthy way of eating.

“We here believe in a wellness sort of experience so it’s not just being in a beautiful atmosphere and being able to relax in serene settings but also what you put into your bodies so when we come here, we live on a land that is – this is fertile land. We are at Mount Liamuiga so we use our landscape not only to beautify the property but use it to grow the food we use here at the restaurant,” she said.

She noted that the hotel’s menu depends entirely of the availability of crops on the farm.

The aim is to give visitors a unique experience and with the opportunity to forage for food and pick and eat fruits grown just outside each cottage, Belmont Farm is able to do just that.

She added that they take the guests out to “ have different experiences that allow them to go, forage, pick; introduce them to these things and they can also harvest themselves and we can prepare it in the evening for them. So it’s so much of a bigger experience and allows people to have meaningful experiences; something that they can take back with them.”

Also a part of the Farm to Table concept is the Farm Table where guests are given the opportunity to dine at a farm-style table and eat crops they choose personally from the farm.

In its year of operation Kittitian Hill as a sustainable resort development has received international awards and recognition by Telegraph, Forbes, USA Today and was rated one of the 50 Best Hotels in the World by Travel and Leisure magazine.