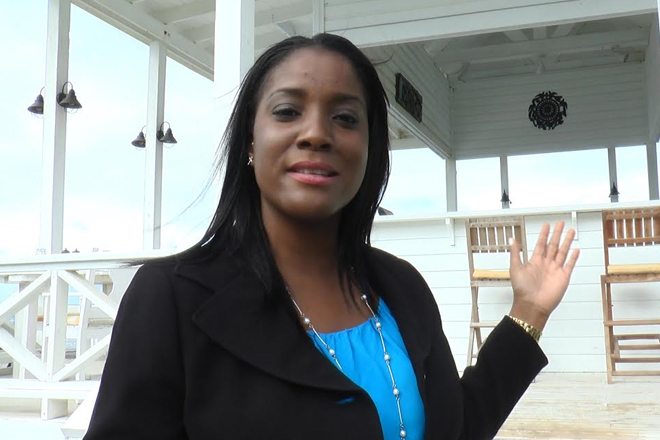 (ZIZ News) — Kittitian Hill has recently restored and reopened The Golden Lemon, reintroducing it as “Arthur’s Sea to Fork Restaurant”.

Arthur’s was named in honour of its founder Arthur Lehman.

The business engages in a “sea to fork” concept, which is in keeping with Kittitian Hill’s sustainability concept.

Public Relations Manager Johan Kelly says “sea to fork” also adds to the Kittitian Hill experience for guests, stating, “We love that we are able to take guests to Arthur’s restaurant and they can actually see the fishermen literally pulling the boats in. They can see why a particular type of fish is referred to as a pot fish and we offer things on the menu that literally is what we eat; it’s not just all snapper, it’s not all yellow fish, tuna or mahi mahi. You will get old wife and you will get sword fish and that’s—its different flavours — introducing different flavours and introducing them to what we eat here.”

She said Kittitian Hill prides itself in being able to work with local farmers and fishermen to produce a local menu.

“We have an excellent relationship with all the fishermen in the nearby village Dieppe Bay which is a fishing village traditionally. We love that and we love that we can work together with the local fishermen so that the entire community benefits from what we are doing here at Kittitian Hill,” she said.

The Public Relations Manager says there are plans for further development at Arthur’s.

“It now falls under the umbrella of Kittitian Hill and we are very excited to have it refurbished in the future and operating as a hotel but for now we are introducing you to the newest addition to the Belmont Farm Kittitian Hill experience which is Arthur’s Sea to Fork Restaurant. It is open daily for the public for lunch and some days during the week for dinner,” she said.

Located in Dieppe Bay, the Golden Lemon Inn was opened in 1963 by Arthur Lehman who turned a 17th century beach house into what became an award winning seaside inn.