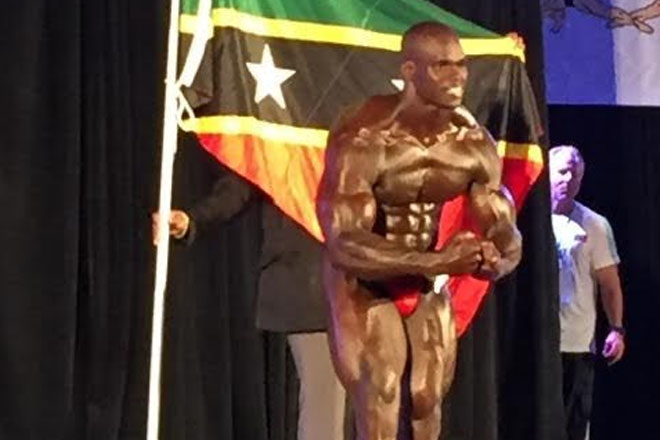 Lazarus attributes Hard Work and Discipline to his success

Sports Page — ‘Hard work and discipline pays.’ Those were the words of Colin Lazarus as he was interviewed on Thursday.

The outstanding muscle man, who recently returned to Nevis, after copping the heavyweight trophy in the just concluded CAC Body building contest, indicated that his boss, as per usual, granted him time off from work, prior to the competition, so that he could train properly.

He also journeyed to the place of the competition, the Bahamas, along with his coach, one week ahead of the event, so that he could acclimatize and train.

This he believes also helped in a big way towards his eventual success.

Lazarus also took time out to thank God, his coaches, fans and many sponsors for assisting him in his participation in the event.

He feels very good about winning in the heavy weight division but is disappointed that he was not given the overall Mr. CAC trophy, despite being the obvious crowd favourite.

He is however committed to putting in the work in order to make that dream a reality, come next year when the contest is held in Santo Domingo.