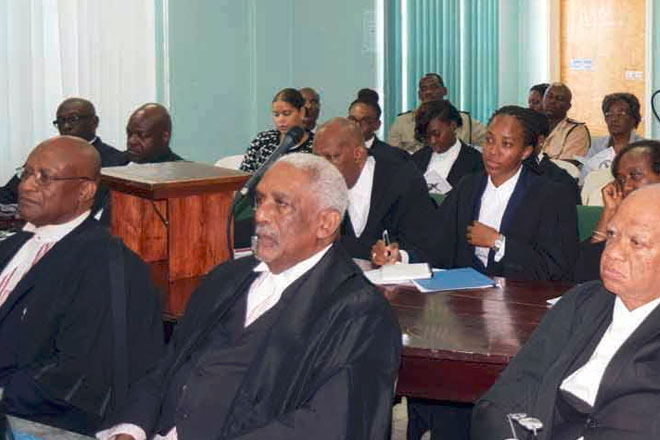 (ZIZ News) – The Law Year 2015-2016 of the Eastern Caribbean Supreme Court opened on September 17th and many countries marked the occasion with special ceremonies.

The differences in the observance ended at 10am when they participated in a simulcast which had its hub in Grenada.

ZIZ Broadcasting Corporation (ZBC) aired the opening ceremony live at 10am, as the Chief Justice, Her Ladyship the Honourable Dame Janice M. Pereira, DBE made her address on behalf of the OECS Supreme Court.

In what was considered the main event, Her Ladyship expounded on the importance of the judicial system and its practitioners.

She said, “The role played by the legal profession is critical to the proper functioning of the justice system. Whether the wheels of justice move along a smooth and effective pace or they grind as if along a gravelled path, depends to a considerable extent on how well the legal practitioner performs his or her role in the conduct and pursuit of the causes before the court. The service to society offered by members of the legal profession is therefore a critical and very important one.”

She then encouraged practitioners to be bold in effecting change in the judicial system.

“It is the solemn obligation of every member of the profession individually and collectively to guard the integrity of the profession. The Bar must never underestimate the power which it holds as a collective body. Individually, we are but one drop but collectively we can be an ocean. So I urge you to get involved, rally together with your colleagues to effect the change that you want to see, not only in the profession but also in the justice system,” Chief Justice Pereira continued.

Ahead of the opening ceremony, members of the St. Christopher and Nevis Bar Association gathered at the High Court in Nevis where their special ceremony was held. ZIZ Broadcasting Corporation also offered live radio coverage of that event.