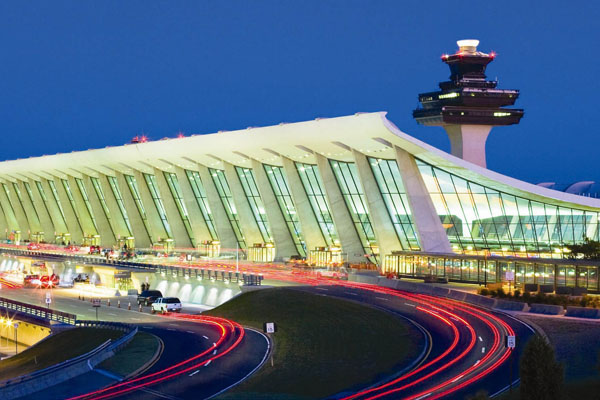 Taiwan, who had lost its seat in the ICAO in 1971, was first time to be invited as a “Special Guest” to attend its 38th Session of the ICAO Assembly, which convened in Montréal, Canada in September 2013. As an integral part of the global aviation network, Taiwan pledges its commitment to abide by ICAO standards, and looks forward to further meaningful participation in ICAO meetings, mechanisms and activities.

Taiwan is an integral part of the global aviation network

Taiwan is located in the busiest section of airspace in East Asia. Its major aviation hub, Taiwan Taoyuan International Airport, is one of the busiest airports in the region. The airport was ranked 16th globally in international passenger traffic by the Airports Council International (ACI) in 2012, and 58 domestic and foreign airlines connect Taiwan with 117 cities across the world. The Taipei Flight Information Region (FIR) each year provides more than 1.3 million navigation services to aircrafts carrying 45 million passengers and over 1.68 million tons of cargo. In 2011, tonne-kilometers performed by Taiwanese airlines (passengers, freight and mail) totaled 15.9 billion. The large volume of cargo and passenger traffic make Taiwan an important part of the global air transport network. For over four decades, due to the lack of direct contact with ICAO, Taiwan’s aviation authority, the Civil Aeronautics Administration (CAA), has had to make extra efforts to keep abreast of constant updates of flight safety and security standards set by ICAO. Although we have an excellent record in keeping our systems up-to-date, obtaining the latest ICAO standards has often been a costly and drawn-out process.

In order to ensure its compliance with the latest international aviation safety standards and work with the international community for improvement of the overall quality and efficiency of air travel services throughout the world, Taiwan has for many years strived to participate in ICAO. Its call for inclusion in ICAO has been widely acknowledged by stakeholders around the world. Many important actors in the aviation sector have publicly endorsed our bid for meaningful participation in ICAO, and their empathy and support have been much appreciated. It is believed that the participation in the ICAO Assembly 2013 allowed Taiwan not only to closely observe deliberations and gain a better understanding of various aviation issues, but also to contribute to global endeavors to ensure the safety, convenience and efficiency of international air transport.

Taiwan is ready to share with the world its rich experience

Taiwan can contribute to regional and global aviation safety by sharing its advanced aviation technologies. One example is the CNS/ATM (communications, navigation and surveillance air traffic management) system proposed by ICAO in the late 1980s for development of a globally coordinated system of air navigation services that would cope with worldwide growth in air traffic demand. The system involves a complex and interrelated set of technologies dependent largely on satellites. For a decade, Taiwan made tremendous investments in terms of human and material resources to develop the system and find solutions to technical problems that emerged during the process, and was the first Asian country to put the system into service in 2011. As Taiwan has been able to enjoy increased efficiency as a result of the system, it is believed that this know-how and experience gained in developing and operating the system can serve as excellent reference for other countries.

Continuous efforts in achieving the ICAO goal of a seamless sky

Taiwan’s participation in the 38th Session of the ICAO Assembly brought one step closer to achieving ICAO’s goal of achieving a truly seamless sky. Regular participation of Taiwan’s experts and officials in ICAO meetings, mechanisms and activities would also be very constructive in this regard. If Taiwan is granted access to ICAO’s Standards and Recommended Practices (SARPs), it will be able to incorporate such standards in our aviation safety and security regulations in a much more timely and comprehensive manner. Taiwan’s technical knowledge and skills can also be shared with the international civil aviation community. Together, the international community will work towards attaining a common goal: safe, orderly and sustainable development of international civil aviation that promotes the welfare of all.