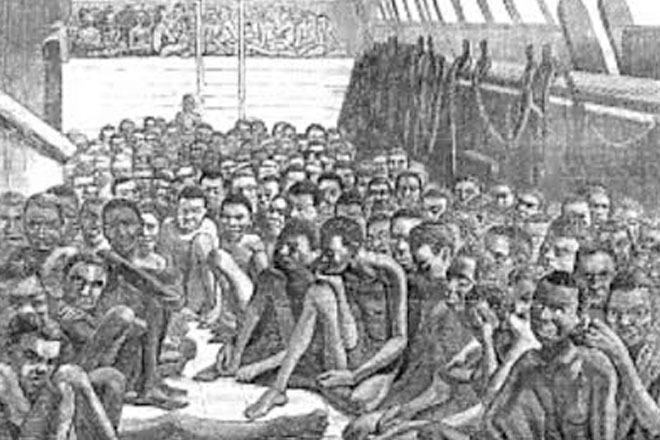 Letters show how humans priced for sale during slave trade

London (AP) — Researchers at Britain’s Cambridge University have released letters showing how slaves were priced for sale during the 18th century, giving an insight into the wealth and influence behind the pro-slavery lobby at the time.

St John’s College, which released the papers Thursday, said the papers helped show the powerful vested interests that the abolitionists had to fight against — an often-neglected side of the story.

The papers date from the 1770s to the 1790s — during the peak of the Trans-Atlantic slave trade in Britain and America — and deal with the operation of a Jamaica sugar plantation run by English businessman William Philip Perrin.

One list containing details of slaves to be bought for Perrin’s plantation included entries such as “Dick, 25, able field negro, 140 pounds” and “Castile, 45, cook and washerwoman, 60 pounds.” The total valuation for 54 male and female slaves came to 5,100 pounds, which researchers say is equal to around 500,000 pounds ($782,000) today.

“What these letters reveal, apart from a total lack of empathy for their human commodities, is the sheer amount of money involved,” said Kathryn McKee, a librarian at the college who acquired the papers. “Many anti-slavery campaigns were grassroots efforts by ordinary people, while the pro-slavery lobby had significant wealth and influence they could use to exert pressure on parliament.”

The abolitionists eventually won after a 20-year struggle when Britain passed the 1807 bill to abolish the slave trade.

Images of some of the letters and papers will be available online to researchers and the public as part of a collection of anti-slavery material.