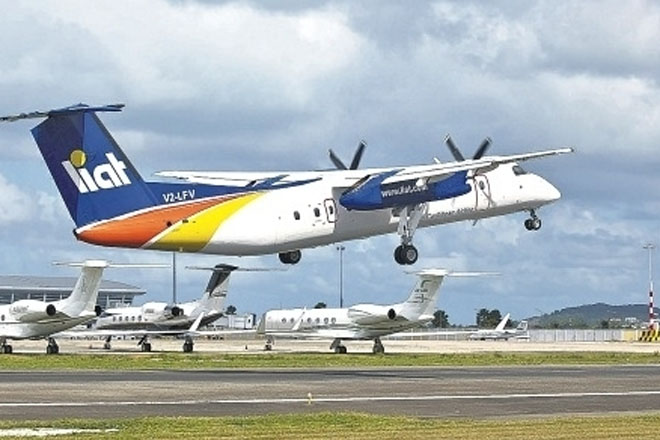 St John’s, Antigua (CMC) — The financially strapped regional airline, LIAT, has described as strategic a decision to sell and lease back one of the five new aircraft bought under a US$100 million loan facility provided by the Barbados-based Caribbean Development Bank (CDB) in 2013.

“There is a transaction in the airline industry known as a sale and leaseback where you sell an aircraft and lease it back from a leasing company, and that’s what happened. We still have nine aircraft,” LIAT’s chief executive officer, David Evans.

Evans, speaking on Observer radio here, confirmed that the airline now owns three of the nine ATR aircraft recently bought from the French manufacturer and that the lease arrangement “allows you to raise the capital for the business and still keep the aircraft.

“The aircraft is a mixture of own and lease and at the end of the lease term which is normally 10 to 12 years, the aircraft goes back to the lessor, the owned aircraft will stay in the company until such time the company tries to dispose of them.

“You find generally that most airlines have a mix…” he said, adding that LIAT does not intend to sell any more of its ATR aircraft.

Evans also confirmed that LIAT had taken a decision to position another ATR aircraft from its headquarters here to Barbados as part of a strategic move.

The cash-strapped airline has been seeking ways to get back into profitability.