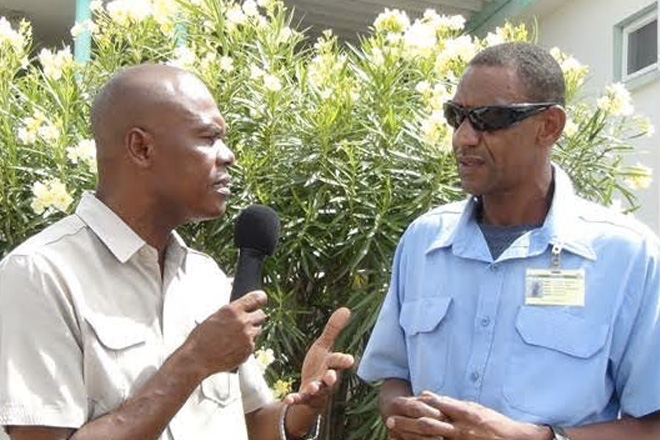 Sports Page — Nevisian Cricket coach, Gerard TRINI Charles, is not a happy trooper. On Tuesday 21st July, an irate Charles spoke to NTV Sports News and expressed his disgust at the selection policy used to select young cricketers to the various youth teams in the Leewards.

He is especially annoyed at the non inclusion of Nevisian Shelton Forbes in the Leewards under 19 team which is currently in Jamaica to participate in the 2015 regional under 19 tournament.

He commended the four Nevisian selectees and noted that he expected great results from them. They are: Ross Powell, Saeed Williams, Philo Wallace and Kezron Archibald.

He however indicated that Forbes has been given a raw deal for two years running.

‘Last year, he was in the top five in terms of aggregates. He did even better this year in the games which were supposed to aid the selectors in selecting the team. He was third in the aggregate and even scored a century and still being left out,’ he said.

He also indicated that by next year Forbes would be too old to qualify for the under 19 team and knocked the selectors for their erroneous ways.

The under 19 tournament commenced in Jamaica yesterday and the Leewards team is expected to play their first match today – Wednesday 22nd July.