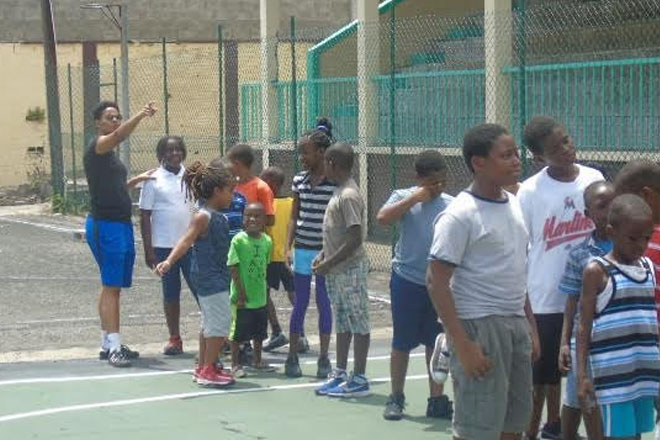 Local Female Basketballers prepared to give back

Sports Page — Melissa Caesar has made a name for herself through her beloved sport of Basketball.

Caesar who is currently assisting with the ongoing national Basketball camp, being held in Nevis, indicated on Thursday that she started playing the game when she was aged 16.

She stated: ‘I wish I had the opportunity that these children are having now…learning to play the game from 5 years old and up. If I had this kind of an opportunity, who knows what could have happened?’

She indicated that she developed her skills to the extent that she represented the St.Kitts-Nevis national team and later went on to University where she completed a degree and is now back in the federation, all bent on giving back to the community and ensuring that more young persons would be able to acquire such opportunities as she did.

As regards the camp, she stated that she was impressed by the overall keenness to learn the game and enthusiasm displayed by the children.

‘They are willing to learn and there is a lot of potential here,’ she stated.

Some 33 children ranging from Primary school to Secondary school age are currently attending the camp which is being held at the Grell Hull-Stevens Netball Complex.

The camp is set to conclude on Wednesday 5th August with an official closing ceremony starting at 10 am.