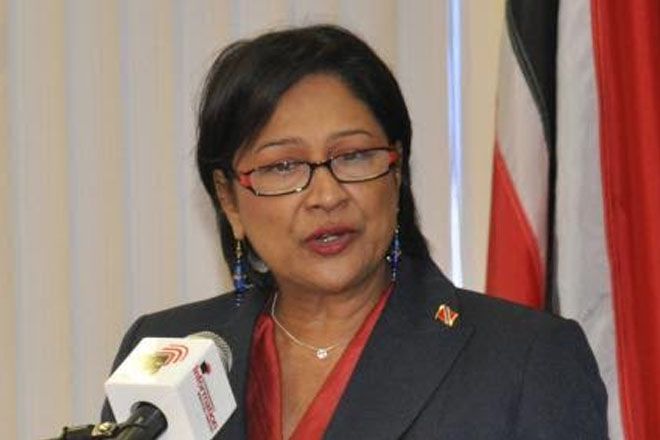 Port of Spain, Trinidad — The People’s Partnership coalition, ousted from government in Monday’s general election in Trinidad and Tobago, said it plans to challenge the result in court.

“A decision has been taken to challenge the results of the general election based on legal advice the People’s Partnership has received. The challenge is based on the sudden decision of the EBC [Elections and Boundaries Commission] to extend the time for voting from 6 pm to 7 pm throughout the country without any official notification to the People’s Partnership and its constituent parties,” former Prime Minister Kamla Persad-Bissessar said in a letter on Wednesday.

She claimed the entire election process was sabotaged as a result of what she described as a sudden change in the regulations.

Persad-Bissessar blamed the extended hour granted to voters in Trinidad following a heavy rainstorm as playing a key role in what she maintained was an unfair 23-18 victory for the People’s National Movement (PNM).

According to Persad-Bissessar, the People’s Partnership was comfortably ahead in the polls at 6 pm and the eventual result was adversely affected by “the sudden unilateral decision by the EBC” to extend hours of the poll from 6 pm to 7 pm.

“We have received reports that citizens were unable to cast their vote at certain polling stations because the officials of the EBC were themselves unaware or uncertain about the decision to extend the time of voting until 7 pm. Additionally, many citizens were unaware of this extension of time and hence did not cast their vote,” Persad-Bissessar alleged.

Citing Rule 27 (1) of the election rules, she said the “taking of the poll at each polling station shall be between 6 in the morning and 6 in the afternoon of the same day.”

Any suspension or adjournment must be based on fair and adequate prior public notice to ensure there was a level playing field, she said. Thus, the poll could have been adjourned to the following day to facilitate those who were unable to cast their vote for good reason. This has in fact happened in the past, Persad-Bissessar pointed out.

According to local media, Monday was the second time the EBC extended voting hours. The other occasion was during the December 4th, 1961, election due to problems with voting machines. Cabinet met in emergency session then to approve the extension of hours.

“It does not seem to me on the face of it that it can hold because the EBC is an independent commission, given as one of its primary functions and the object to have fair elections in Trinidad and Tobago,” Maharaj said.

He said that, where the EBC believed there was an incident that created an emergency situation, and which could have affected the fairness of the election by depriving some people a chance to vote during the time of voting, it had the power, “expressed or implied,” to ensure that occurred.

“Giving an extra hour cannot be said to violate the powers of the EBC,” Maharaj added.

“I think the court would hold that this claim is frivolous and vexatious and an abuse of the court,” he said.