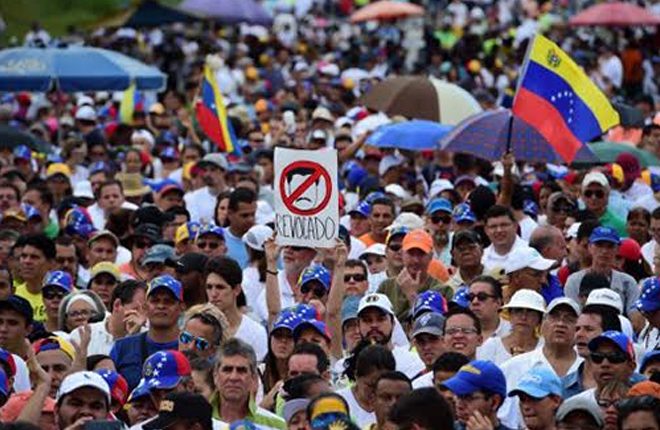 CARACAS, Venezuela (AFP) – Venezuelan President Nicolas Maduro faces renewed pressure Friday as the Opposition calls for a nationwide strike, which he has threatened to break with army takeovers of paralyzed firms.

Up in arms over the authorities’ decision to block a referendum on removing Maduro from power, the Opposition has declared a 12-hour general strike, threatening to exacerbate the shortages of food and basic goods gripping the country.