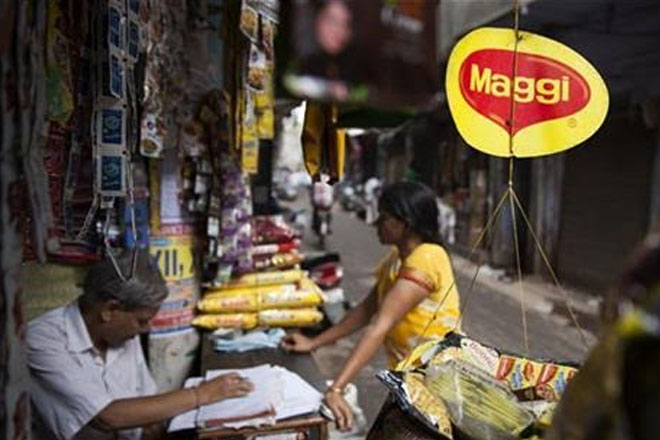 Maggi noodles ordered off India’s shelves due to lead level

India’s states have either ordered the withdrawal of Maggi noodles from shops or are carrying out further tests on noodle samples before taking action in conjunction with the federal government.

Maggi sales have plunged in India since laboratory tests showed the noodles contained lead at levels far higher than the legal maximum. The tests also detected the chemical flavor enhancer monosodium glutamate, or MSG, which is not mentioned in the product’s list of ingredients.

On Tuesday, the Delhi city government said it had conducted tests on 13 samples of Maggi noodles and 10 were found to be unsafe with lead exceeding the allowable level. Earlier tests, performed by food safety authorities in Uttar Pradesh state, showed that samples contained 17.2 parts per million of lead, many times the allowable limits which range between 0.01 and 2.5 ppm.

The Delhi government said it will take legal action against Nestle India, which is a subsidiary of Swiss-based Nestle SA, and was meeting Wednesday with company officials. It banned the sale of Maggi noodles in all state-run stores in the Indian capital. Several major grocery chains in the city have also announced that they are taking the noodles off shelves.

Maggi noodles are a hot favorite with school and college students and Nestle’s “two-minute” advertising campaign stressing the ease of making the snack have made it a household name in India. The noodles are Nestle’s fastest selling food item in India, clocking around 15 billion rupees ($240 million) in sales annually.

Some of India’s biggest film stars have appeared in television commercials aimed at mothers and young children to promote Maggi noodles. A court in Bihar state on Tuesday ordered that a complaint be filed against three of Bollywood’s biggest stars, Amitabh Bachchan, Madhuri Dixit and Preity Zinta, for acting as brand ambassadors for Maggi.

Spurred by the Maggi noodle scare, India’s federal government was readying a new law to deal with cases in which consumers of essential commodities and foods were misled through wrong information.

Companies and individuals would be liable for prosecution under the new law which would prescribe up to life imprisonment for violators, Ramvilas Paswan, India’s federal food minister, told reporters.

In a statement earlier this week, Nestle India said the noodles were safe to eat and lead levels were well within limits.

“We regularly monitor all our raw material for lead, including testing by accredited laboratories which have consistently shown levels in Maggi Noodles to be within permissible limits,” Nestle India said in the statement released Monday.

Excessive intake of lead can cause damage to the kidneys, bones and nervous system. It is particularly harmful to children and can cause learning disorders. Health experts say MSG, often used as a flavor enhancer in processed food and in some restaurants, can damage the nervous system with long-term use.

The Government of the southern state of Kerala has stopped the distribution of Maggi noodles and ordered more than 1,000 state-run grocery stores to withdraw the product. The state governments of Haryana, West Bengal and Maharashtra have begun the process of testing noodle samples for lead and MSG.

S K Singh, a food safety regulator in Uttar Pradesh, said the lead was found in the flavor powder provided with the noodle packets.

“Nestle claims its products are not harmful but we found lead in the taste enhancer powder,” Singh said.

Excessive lead was first detected in Maggi noodles last month in tests ordered by the Uttar Pradesh state government. The test results were corroborated when they were repeated in another laboratory with Nestle’s agreement, Singh said.

India’s food regulatory body said it has asked all of India’s 29 states to conduct tests on samples picked up from shops and report the lead levels in the noodles.

The Food Safety and Standards Authority of India said it would take action under India’s existing federal food safety laws if test results that will be received by the end of this week show high levels of lead.

Separately, authorities in southern Tamil Nadu state were Wednesday investigating a complaint against Nestle India after a resident said he had found live larvae in a packet of baby formula.