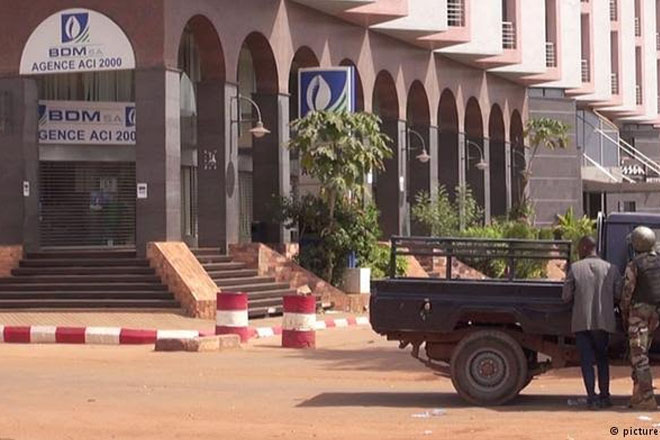 Assailants with guns blazing on Friday attacked a hotel hosting diplomats and others in Mali’s capital, leaving at least 21 people dead and trapping dozens in the building for hours, officials in the West African nation said.

Malian and U.N. security forces launched a counterattack at the Radisson Blu Hotel in Bamako and escorted guests out. By late afternoon, no hostages were believed to remain in the building, army Col. Mamadou Coulibaly told reporters.