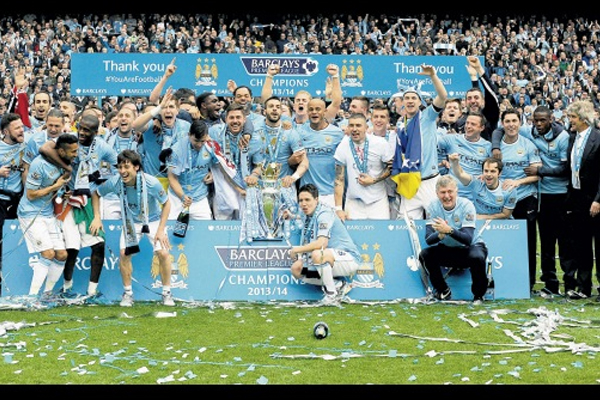 In the first series of sanctions handed down by UEFA over its new regulations meant to curb over-spending by wealthy owners, nine clubs in all were handed punishments — but those given to the Premier League winner and the French champion were by far the heaviest.

City said they will accept the sanctions and will not appeal, but insisted that the club has a “fundamental disagreement” with UEFA about its “interpretations of the FFP regulations on players purchased before 2010”.

PSG also accepted the punishment “in spite of the tremendous handicap they represent in terms of the club’s ability to fully compete on an equal footing against Europe’s biggest teams”.

PSG also said in a statement that it “deplores the fact” that UEFA hasn’t recognised “the full value” of its partnership with the Qatar Tourism Authority, which the governing body said was inflated.

The fines given to City and PSG are the heaviest ever handed out by UEFA. However, UEFA said 40 million euros will be returned to the clubs if they fulfil their financial obligations over the next two years.

Those obligations include limiting the deficits to 10 million euros in the financial year ending in 2015 for City, with PSG allowed a deficit of 30 million euros for that period before being obligated to break even by 2016.

City said they expect to break even by the end of 2014.

UEFA said both clubs have agreed to “significantly limit” their spending in the transfer market over the next two years. However, City said they are allowed to spend 60 million euros, plus whatever they earn for selling players, in this summer’s transfer window. They said the UEFA sanction “will have no material impact on the club’s planned transfer activity”.

The reduced Champions League squads may not have much of an impact either. Teams are ordinarily allowed 25-man squads for the competition, but few end up using that many. City and PSG both used 21 players on the field this past season — not counting unused substitutes.

“Our ambition to build one of the best and most competitive European Football clubs will not be undermined by these measures,” said PSG president Nasser Al-Khelaifi. “We will continue to invest in developing a highly competitive team and will continue our investments in our stadium and training infrastructures while at the same time remaining, as we are today, debt-free.”

The FFP rules require clubs who play in the Champions League and Europa League to balance their finances, and are meant to curb huge investments by owners and excessive spending on transfers.

The other clubs to have failed FFP were Galatasaray, Trabzonspor and Bursaspor from Turkey, Russian sides Zenit St Petersburg, Anzhi Makhachkala and Rubin Kazan, as well as Levski Sofia from Bulgaria.

Those were handed fines ranging from 200,000 Euros — for Galatasaray, Trabzonspor, Levski and Bursaspor — to 12 million euros for Zenit.