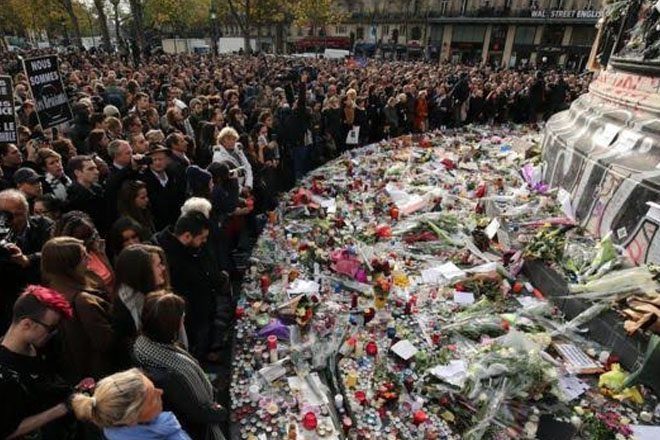 Many arrested in raids across France

(BBC) A total of 23 people have been arrested and dozens of weapons seized in a series of raids on suspected Islamist militants across France, officials say.

The crackdown follows multiple attacks on bars, restaurants, a concert hall and a stadium in Paris on Friday, in which 129 people were killed.

A police operation is also under way in Brussels, Belgium. Shots and explosions have been heard in Molenbeek district.

Meanwhile the brother of two suspects, arrested in Belgium, has been freed.

Mohammed Abdeslam’s lawyer said on Monday he had been released without charge, proving his innocence.

His brothers are Brahim Abdeslam, killed during the attacks, and Salah, who is on the run.

Five out of seven people arrested in Belgium at the weekend have been released.

France held a nationwide minute of silence at midday local time (11:00 GMT) for the victims.

French PM Manuel Valls said the attacks had been organised from Syria.

He added that the authorities believed new terror attacks were being planned in France and other European countries.