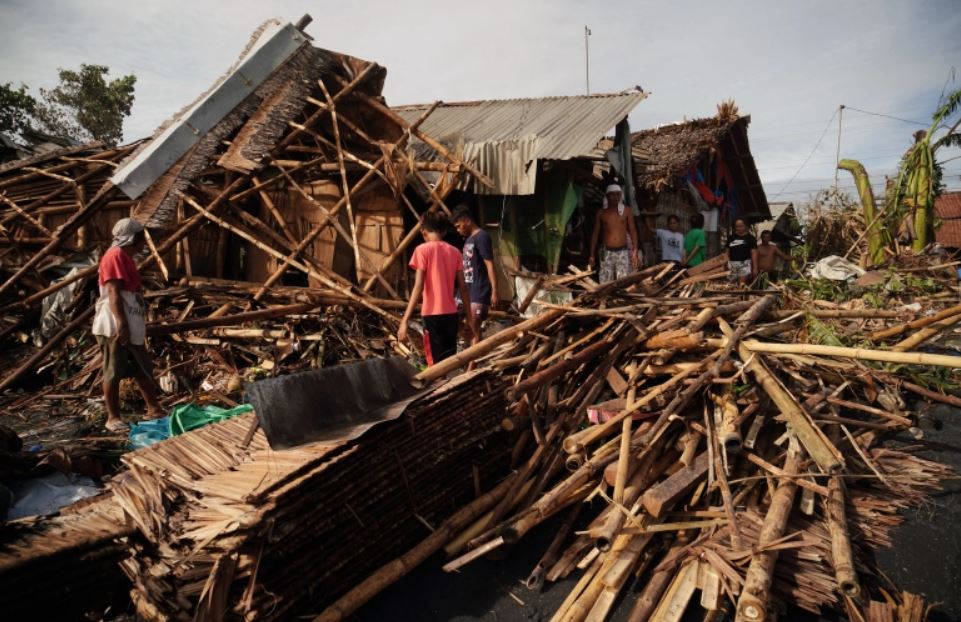 Officials in the Philippines are struggling to assess the damage of the strongest typhoon to hit the country this year, with several casualties reported as the storm barrelled across the archipelago, uprooting trees, toppling powerlines, and flooding villages and towns.

At least four deaths were recorded in the central Philippine province of Negros Occidental on Friday, while three more were reported in the provinces of Surigao del Norte in the east, Bukidnon in the south, and Western Visayas in the centre.

Describing Typhoon Rai as “one of the most powerful typhoons to ever hit the southern Philippines”, the International Federation of Red Cross said the storm had “torn houses to pieces”, “smashed” villages, and left parts of several cities underwater.

More than 140,000 people have been severely affected, the organisation said, adding that its emergency workers are racing to rescue people trapped by severe floods that have submerged large areas of cities including Cagayan de Oro, Bohol, and Kabankalan.

According to the Rappler news website, the four people killed in Negros Occidental province included a 64-year-old woman who was crushed when a tree fell on her home in the town of San Carlos.

Eugenio Jose “Bong” Lacson, the governor of Negros Occidental, was quoted as saying the typhoon had also destroyed the emergency triage centre at a local hospital, and that the coastguard and police were struggling to rescue people from a district in the heart of Kabankalan City, where rising waters from the nearby Ilog river were threatening elevated structures, too.

A child plays next to uprooted coconut and banana trees in the coastal town of Dulag in Leyte province on December 17, 2021, a day after Super Typhoon Rai hit [Bobbie Alota/ AFP]

In the Western Visayas city of Iloilo, Mayor Jerry Trenas told the Associated Press news agency that at least one resident had been killed when she was hit by a cluster of bamboo blown down by the storm.

“I have never experienced such ferocity of the wind in my life – and we were not even directly hit,” he said, adding that the coastal city was without power and was struggling with erratic cellphone signals.

Al Jazeera’s Jamela Alindogan, reporting from the capital, Manila, said “officials are struggling to assess the extent of the typhoon damage as telecommunications lines in the affected provinces remain cut off”.

“We have very little information at the moment, but the little that’s trickled out appears quite grim,” she said. “We are seeing people stranded on rooftops, waiting for rescue. Homes submerged and airports non-operational. The government is saying they are looking at re-establishing communication lines in order to fully assess where or how to send aid to those who need it most.”

Locally known as Typhoon Odette, the super typhoon was packing maximum sustained winds of 195 kilometres an hour (120 miles) when it made landfall on the central island of Siargao on Thursday.

Wind speeds had eased to 155 km/h by Friday as the storm moved over the western province of Palawan. It is expected to emerge over the South China Sea on Saturday.

The AFP news agency said more than 300,000 people had sought emergency shelter as the typhoon charged across the Pacific Ocean on Thursday. Some 18,000 are yet to return home, it said.

In the hard-hit city of Surigao in the province of Surigao del Norte, AP said one man had died after being hit by debris while local media reported extensive damage to infrastructure.

“We are seeing people walking in the streets, many of them shell-shocked,” said ABS-CBN correspondent Dennis Datu, reporting from Surigao. “All buildings sustained heavy damage, including the provincial disaster office. It looks like it’s been hit by a bomb.”

The ABS-CBN correspondent said the main roads leading into the coastal city had been cut off by landslides, fallen trees, and toppled power poles.

The mayor of Surigao City, Ernesto Matugas, told the network that Rai had ravaged the city of about 170,000 people for several hours on Thursday, causing “severe” damage.

In the central island province of Bohol, 37-year-old Joel Darunday told AFP that the “devastation is hard to explain”.

The tour operator said he had been hunkered down at home with his family when the storm ripped off the roof.

“It was very strong. The last time I experienced something like this was back in the 1980s,” he said.

The governor of Bohol, meanwhile, told a local radio station that many residents were trapped on their roofs by floodwaters for a second day in the riverside town of Loboc.

“Hundreds of families are trapped on the rooftops right now,” Arthur Yap told DZBB radio, adding that residents were exposed to rain and wind overnight. “We need first responders. What’s important now is to save lives.”

It was unclear what happened in other towns in the hard-hit province, which still had no electricity, Yap said.

Northwest of Bohol, in the central province of Cebu, photos showed roadside buildings in the city of Lapu-Lapu flattened by the storm, while sheets of corrugated iron roofing and branches littered streets.

Rai is hitting the Philippines late in the typhoon season, with most cyclones developing between July and October.

Scientists have long warned that typhoons are becoming more powerful, and strengthening more rapidly, as the world becomes warmer because of human-driven climate change.

A super typhoon is the equivalent of a category five hurricane in the United States.

The Earth tends to experience about five storms of that power a year.

The Philippines, ranked as one of the world’s most vulnerable countries to the effects of climate change, is hit by an average of 20 storms and typhoons every year, which typically wipe out harvests, homes, and infrastructure in already impoverished areas.

The deadliest cyclone on record in the Philippines was Super Typhoon Haiyan, which left more than 7,300 people dead or missing in 2013.