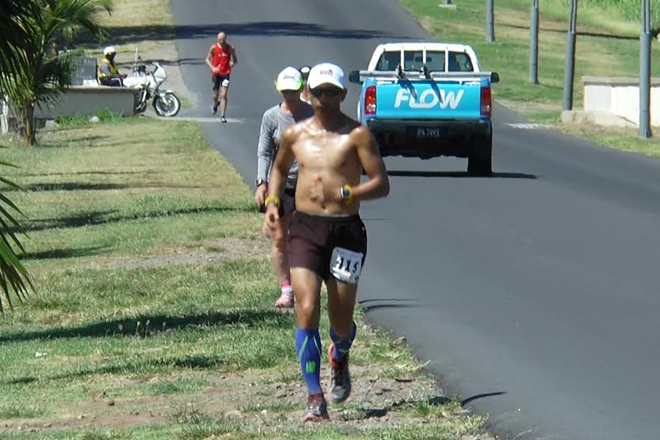 (ZIZ Sports) — 34 athletes from the cruise ship Carnival took part in a marathon this morning at frigate bay.

The marathon is part of the cruise adventure dubbed “Southern Caribbean Challenge,” where renowned amateur athletes will be participating in six marathons in six destinations over the course of a one-week cruise vacation.

The 34-member group comprises runners who, combined, have broken dozens of records in more than 100 countries.

The St. Kitts Tourism Authority and the Ministry Of Tourism are working together to organize the marathon with Z Adventures.

Owner of Z Adventures, Ziad Raheem spoke with ZIZ about the record-holders that are taking part in the marathon.

“One of the runners, he is 78 years old, he’s a world record holder for the oldest person to complete a marathon on each continent. Then we’ve got runners who’ve competed on over a hundred countries. They’ve never run here in St. Kitts. We’ve got one runner who’s a record holder; she’s done 179 runners in one year. Then we’ve got another five Guinness World Record holders in different categories. So it’s basically the crème of the marathon runners here,” he said.