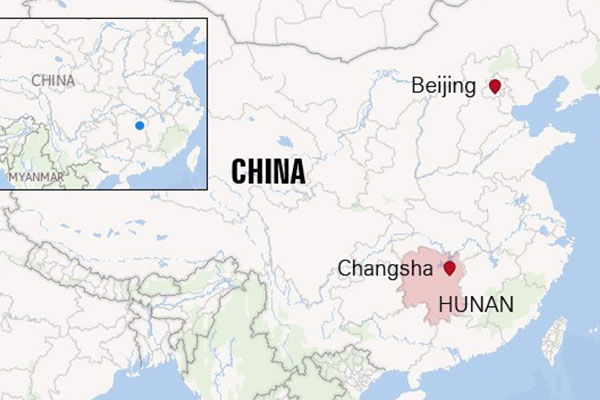 (CNN) — Six people died after an argument between two vendors led to a stabbing spree at a market in Hunan province in central China on Friday morning, local police told CNN.

The incident took place in Changsha city, the capital of the province.

One of the dead included a suspect in the attacks, police said.

According to an official statement from the city’s police department, at round 10.15 a.m. local time, two vendors got into a fight after a quarrel inside the Shahuqiao wet market in the Wujialing neighborhood of Kaifu District in Changsha City.

One person was hacked to death. The fleeing perpetrator then stabbed at four innocent bystanders, two of whom died on the scene. Police quickly responded and killed the perpetrator upon arrival at the scene. The two injured bystanders were sent to hospital but later died.

A witness working at a clinic nearby, who declined to be named, told CNN: “It was an internal dispute. One of their own people got stabbed to death. An old lady walked out of a shop there, and she was trying to mediate, saying: ‘Don’t do this. You can talk through this.’ Then she was suddenly hacked at.

“The knives they were using were not long — just kitchen knives. I saw one dropped on the ground.”

China was shocked by another deadly stabbing incident earlier this month in southwest China. Eight men armed with long knives stormed a train station in Kunming in Yunnan province, an attack which left 29 people dead and more than 140 injured.

Four of the attackers were fatally shot by police; the other four arrested.

Members of a separatist group from Xinjiang, in northwest China, are believed to have carried out the terror attack, authorities said.