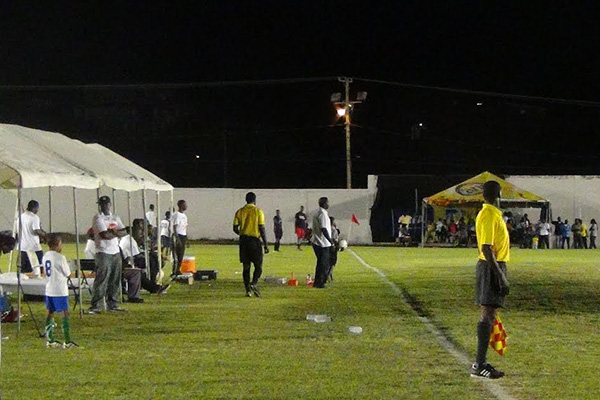 On the evening of Saturday 8th February, the crowd at the ET Willet Park was almost reminiscent of an Inter Primary championships crowd.

Huge numbers of Football fans from St. Kitts came over for the fixtured games and the local Football fans, not to be outdone, also showed up in their numbers.

In the division one contest, local team CCC Bath United defeated Trafalgar South Stars 2 goals to nil, much to the delight of the home fans

Then in match two, a Premier division fixture, Rams Village Superstars got the better of SL Horsfords St. Paul’s United by a score line of 1 goal to nil.

Here is a summary of the SKNFA matches played over the weekend:

Results Of SKNFA Matches Played Over The Weekend:

Expulsion
Samuel Phipps, goalkeeper coach of Island Auto Kactus Conaree was expelled from the bench in the 85th minute.