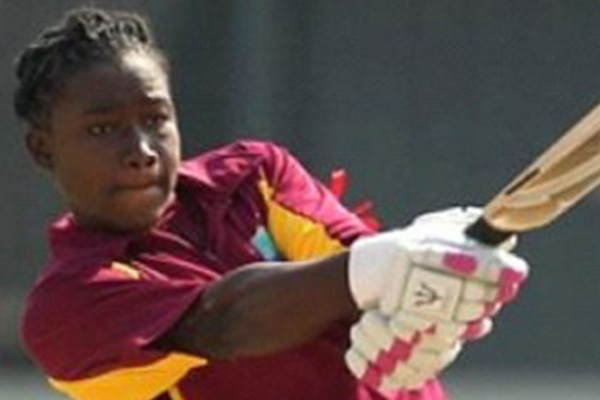 Match winner Dottin – Give me the ball

The 22-year-old seam bowler had the outstanding figures of four wickets for 12 runs from four overs including a maiden. It was the best figures of her T20 International career.

Overall Dottin accounted for five wickets – two bowled, one lbw, one caught behind, and the other run out. Her heroics helped to restrict England to 124-9 off their 20 overs, and handed West Indies victory by nine runs.

Batting first, the Windies made 133-7 off 20 overs. This was due mainly to an opening partnership of 87 between left-hander Kycia Knight (43) and world Number 1 batter Stafanie Taylor (56).

Speaking after the match, captain Merissa Aguilleira said she was delighted with the team’s performance and said it was a good start to the tournament.

“It was a really fantastic bowling performance from Deandra. She did not do a lot with the bat earlier today but when we went onto the field she looked at me and said ‘captain, give me the ball’.

“I could see in her eyes that it was her day and she was totally focused on winning the match for us. This was a really big performance from her and I want to congratulate her on bowling the team to victory today,” Aguilleira told WICB Media.

“We came out with a plan. England were on top of their game and started really well but we had faith that we could pull it back. Deandra came in at the right time and finished them off for us. Everyone else chipped in and it was a good team effort.