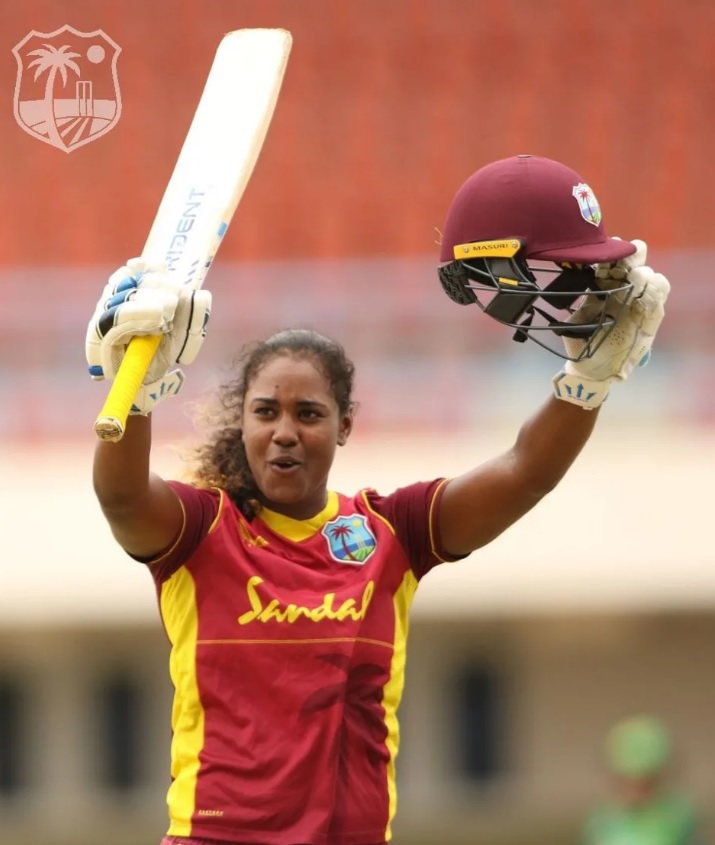 JOHN’S, Antigua– A batting masterclass from Hayley Matthews (100 not out), took the West Indies Women to an 8-wicket victory over Pakistan Women in the CG Insurance 3rd ODI at the Sir Vivian Richards Stadium in Antigua, sealing a series win for the home team with two matches to go.

Matthews also played a vital role with the ball as she bowled 2 maidens and took 2 wickets from her 10 overs. Speaking to CWI Media after the match, Matthews said “I’ve been working really hard over the past couple of months to improve on my batting and on my consistency and it’s really good to see it finally paying off. I don’t think nervous (knowing she can get a century) necessarily but probably when I got into the nineties and realized I was about 10 runs to win the game and 5 runs for me to get my hundred and then the rain started setting up, I felt a bit anxious about actually getting the runs but I never doubted I was going to get my hundred..”