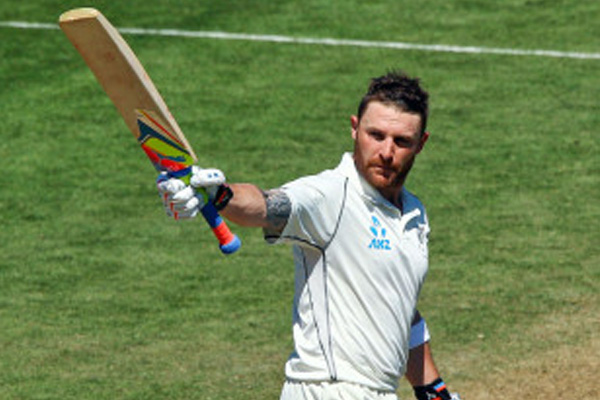 McCullum has acted ‘quite properly’ – ICC

Sports Page — The ICC has said it will “urgently investigate” the leaking of evidence in its match-fixing inquiries and has confirmed New Zealand captain Brendon McCullum is not under investigation and should be commended for his actions.

Details of McCullum’s statements to the ICC’s anti-corruption investigators were leaked to the media earlier this week, including that he had turned down offers of up to $180,000 to underperform in matches. Testimony given by former New Zealand batsman Lou Vincent on alleged fixing around the world has also found its way into media reports.

Although the ICC’s usual policy is not to comment on corruption investigations, the speculation has led the ICC’s chief executive David Richardson to clarify that McCullum had done nothing wrong. Richardson also said the ICC “deeply regret” the fact that parts of McCullum’s statements had been made public

Obviously the ICC considers any leak of any kind of information to be an extremely serious matter,” Richardson said, “particularly, as in this instance, when the nature of the information that has found its way to the media is highly confidential and has been provided in tightly controlled circumstances by individuals to the ACSU as part of ongoing investigations.

“We are taking all steps available to us to urgently investigate how certain information in the form of statements has come to find its way into the media, so that we can provide reassurances to the stakeholders within the sport so that they can continue to place their trust in the hands of the ACSU and the anti-corruption units of the respective member boards in protecting the integrity of the sport.

“We wish to emphasize that Brendon McCullum is not under investigation in this matter. Whilst we have privately offered our full support to Brendon, we do so now publicly not only to confirm that, by assisting with the ACSU’s enquiries, he has acted quite properly in accordance with his responsibilities as a professional cricketer, but also correct any misperception that he is somehow under suspicion. He is to be commended for his actions and we deeply regret that aspects of his statement are now in the public domain.”