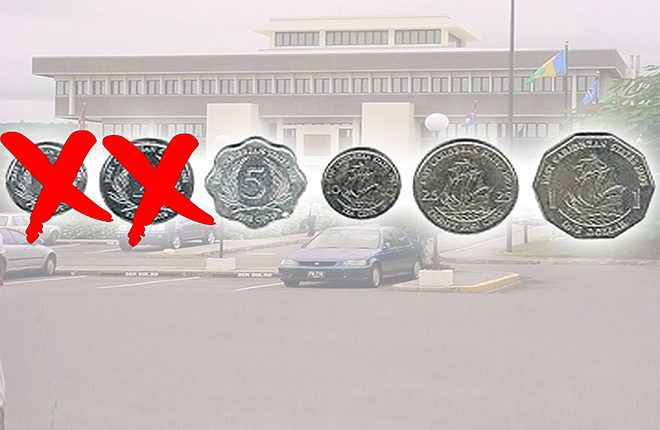 Media Professionals engaged in phasing out of 1 and 2 Cents

Basseterre, St. Kitts (SKNIS) — Media professionals from across the Eastern Caribbean Currency Union (ECCU) have been asked to assist Eastern Caribbean Central Bank (ECCB) in educating the public on the phasing out of the 1 and 2 cent coins from circulation.

At a media session held at ECCB’s Sir Cecil Jacobs Auditorium on Tuesday (April 21), Pamella Osborne Director of the Currency Management Department (CMD), sensitized attendees on the process and gave reasons as to why the coins will be phased out.

The CMD director indicated that most businesses within the ECCU would realize substantial savings once the coins are phased out from circulation.

“From a study that was done by a Canadian institution, we note that the use of the 1 and 2 cent coins costs businesses in excess of 150 million dollars annually,” she said. “We are looking at the savings to the general public, businesses, commercial banks, etc.”

Mrs. Osborne informed the public that the phasing out of the coins will not immediately cancel their value.

The phasing out process will last for a period of five years, after which ECCB will determine whether or not the period will be extended.

The director explained that a rounding system will be introduced to facilitate cash transactions between retailers and consumers. The amount that has to be given back as change will be rounded up or down to the nearest 5 cent increment.

She further explained the use of the rounding system, giving examples in order for persons to better understand the concept.

She stressed that the cost for individual items will not be rounded, instead, only the final total of the items (inclusive of VAT) where applicable. The rounding system will not be applicable to purchases made by cheques, credit or debits cards and exact change.

The ECCU is not the only entity that has pushed for the phasing out 1 and 2 cent coins. In 2004, the Netherlands discontinued the issuance of 1 and 2 cent coins, Canada withdrew their penny in 2013 and as recently as May 2014, Barbados withdrew its 1 cent coin. The measure is also being debated in the United States.