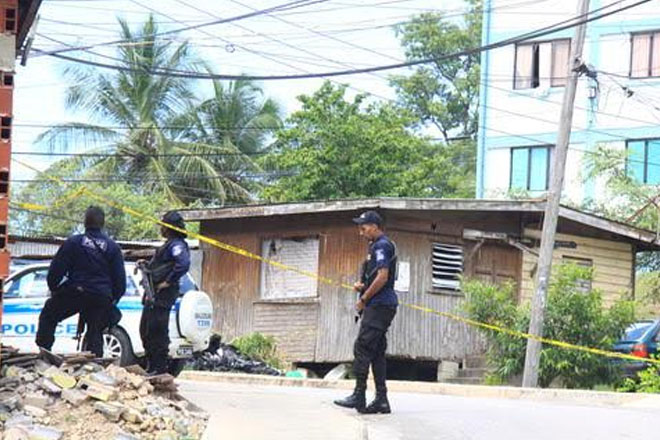 A man who was describes as mentally challenged has become the nation’s latest murder victim.

Around 9 am 23-year-old Mosi Porter of Pleasant Terrace, John John, Laventille, was waiting with his mother near his home for transportation.

Reports stated that two armed men who masked their faces with red bandanas approached the mother and son and shot Porter. He died on the spot.

The scene was visited by Superintendent Shakib Mohammed from the Port-of-Spain Division.

T&T Guardian was informed that Porter was not known to be involved in any gang or criminal activity.

Mohammed said there was a shooting in the area yesterday which caused an increase in patrol for a short period of time. He believes that the gunman waited until “the coast was clear” to pounce on Porter.

Porter’s relatives believe that he was targeted by the gunmen because he was mentally challenged. However, the police are yet to ascertain a motive for the shooting.

This shooting brings the murder toll to 351.